My birthday was on Friday.

Any day is a great day to have a birthday but one bonus about Friday is that it’s the start of the weekend, so you can extend your birthday celebration if you want.

On Friday I drove out to Armstrong Woods and walked around in the redwoods. I love the redwoods. I don’t get the same flood of creativity and wonder that the ocean gives me… it’s more like old-fashioned awe. 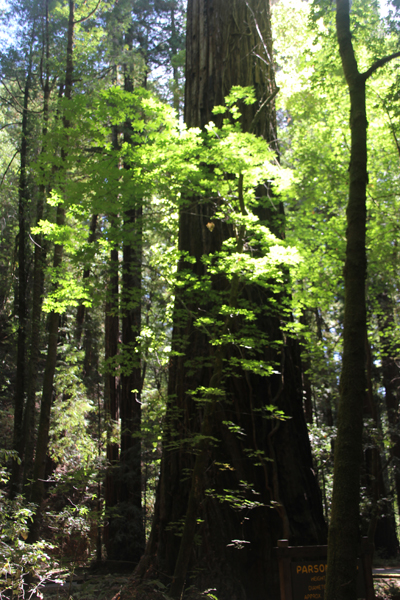 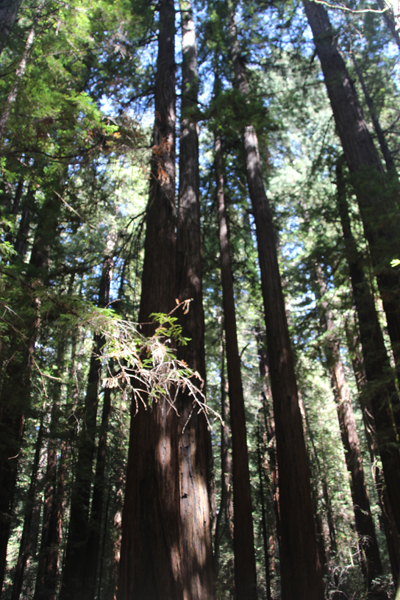 I stopped at Mary’s Pizza on the way home for a salad and breadsticks. I didn’t eat a bigger meal because I was scheduling a self-indulgent dessert for the evening, before I went to Petaluma Copperfield’s to hear Greg Van Eekhout at his author event for Voyage of the Dogs.

I went to Zazzle’s and had their delicious chocolate mousse. Zazzle’s is directly across the street from Copperfield’s. They used Voyage of the Dogs as the theme for one of their large windows. 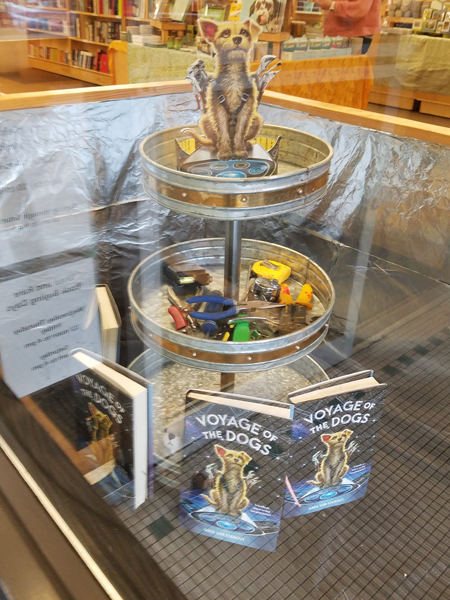 The crowd was small, mostly adults but about one-third kids. Van Eekhout had spent the afternoon at two elementary schools, one in Penngrove and one in Petaluma. Several of the children were from the schools, but not all of them. And — there were three dogs. Henry was a chocolate lab, one year old, who was just so very happy to be there! There were new humans! And new human kids! And other dogs! As the little girl behind me (a friend of the boy whose family Henry is part of) said, “He should have a name-tag. ‘Hi,my name is Henry and I want to give everybody kisses.'” 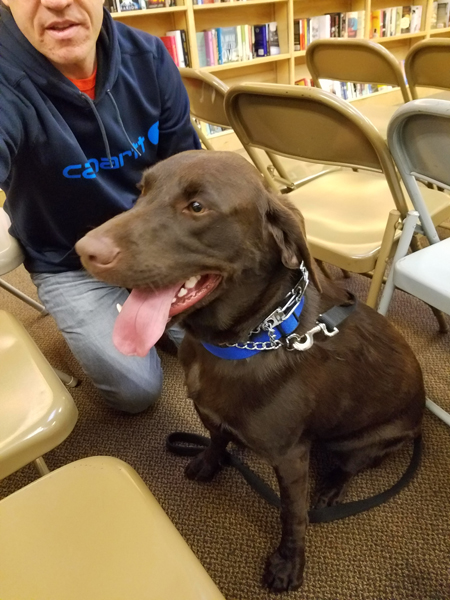 Henry in a quiet nanosecond.

Trixie was a more sedate Dalmatian. 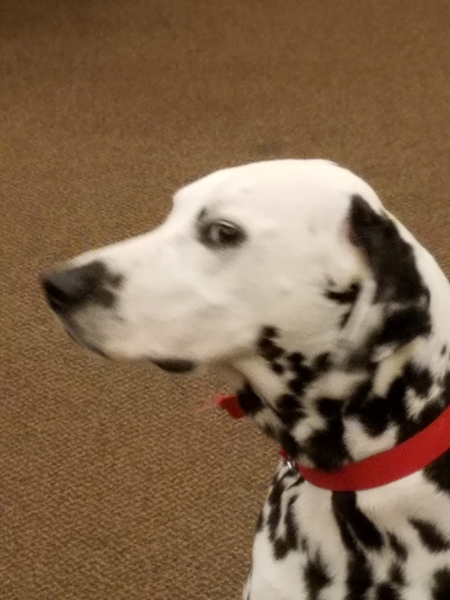 Trixie, who was playdate friends with Cinnamon.

Cinnamon,a chiweenie, came in costume. She wore a space suit for the first few minutes of the reading and Q&A, but it came undone. Cinnamon stayed close to her kids at first, even growling once, but as soon as the costume came off she relaxed into a friendly, ebullient canine who wanted to meet all the humans and was overjoyed to see her playdate friend Trixie. (Some really poor images of Cinnamon, sorry.) 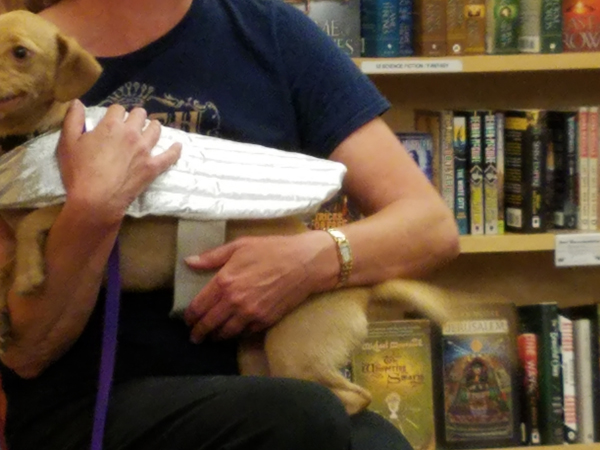 Partial image of Cinnamon, in her space suit costume.

Greg Van Eekhout loves dogs. He said he wrote the book, Voyage of the Dogs, because when he thought about where he wanted to spend six months writing — “what head-space I wanted to be in” — he knew he wanted to spend time in a fun adventure “with good dogs.” 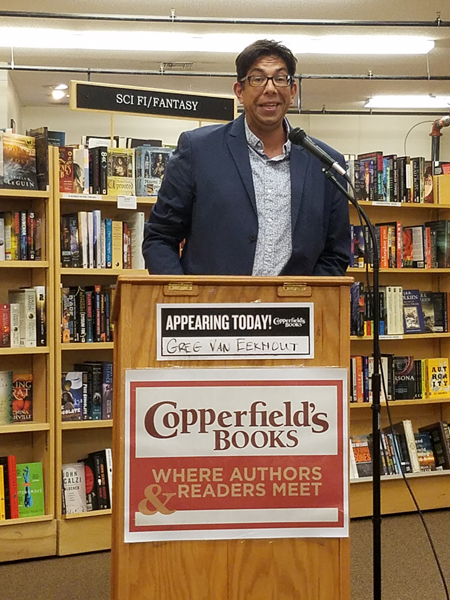 Lopside, Bug, Daisy and Champion are uplifted canines assigned to the first interstellar ship. However, the dogs wake up from cryo-suspension to discover the ship damaged and the life pods gone. The dogs who call themselves “the Barknauts,” decide to carry on with their mission, and that is the thrust of the story.

Van Eekhout is a warm, funny, engaging presenter. He explains things simply  without talking down to a kid audience (as when he explained Morse code). I could have listened to him for another hour, frankly.

All in all, a good birthday! And the fun continued Saturday, when I spent the day in Benicia with my friends from the Mendocino Coast Writers Conference. After brunch, in addition to our usual visit to Bookshop Benicia, we checked out the First Street jewelry and crafts fair.