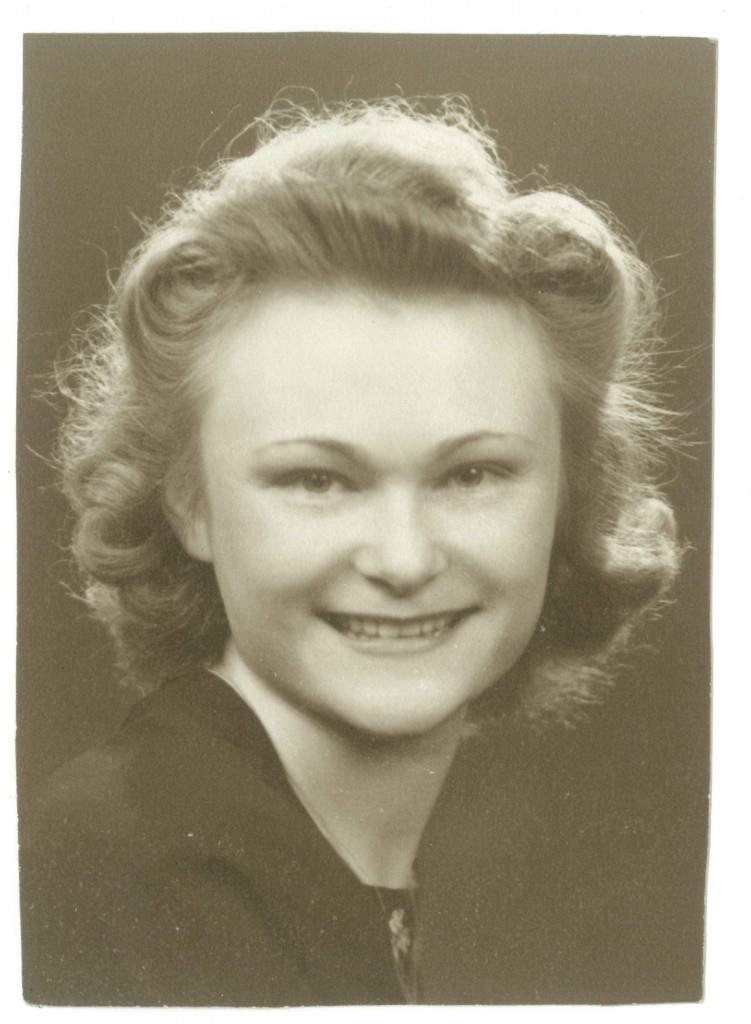 Anne came to America with her father and sister when she was six. It was 1929. She had some memories of Germany. She told me about wanting to play outside in the winter and pestering her mother until she wrapped Anne up in sweaters, mittens, scarves and coats. Anne’s arms stuck out from her sides. It was hard to play, but Anne didn’t care. She wanted to be outside.

Anne’s mother left the family, apparently sometime after the move, since she is buried near Imola, California. Anne never spoke of her mother being with them in San Francisco. “She wasn’t able to be a mother,” Anne said to me once. “She left us.” She didn’t die until 1945, so I know Anne didn’t mean that. Anne’s father Arno was a patriot, a loyal German, the Kaiser’s man. In 1929 he could no longer stay in Germany. He told Anne and her sister Ermgard, who everyone called Emmie, that Hitler and his associates were thugs. The German people would not tolerate him for long, Arno knew. The move to the US, to San Francisco, was temporary.

Arno is buried in the same cemetery as Anne, in my home town in California. He never did return to the country of his birth.

Anne did manage to maintain ties, although they were tenuous, to Germany. She corresponded with some cousins, and later with a pen-pal. The letters were in English, in both directions. Anne no longer spoke or read German.

Anne and Emmie grew up in San Francisco during America’s Great Depression. They had it better than most. Northern California, particularly the San Francisco Bay Area, was never hit as hard as other parts of the country. Arno always had work. Both girls, though, grew up with habits that seem characteristic of the “children of the depression.” Anne sewed and made her own clothes all the time her sons were growing up. She saved things, reused things, made things works. The led to annual jokes about the reused wrapping paper, which was folded up and put away after the holiday, brought out in late November, ironed, and used again.

At the house, I filled two 13-gallon garbage bags with old wrapping paper, ribbon and stickers. I could feel the urge to keep some of it. It was pretty. I could use it. I utilized a brute force technique to shove it into the garbage bags so that I didn’t bring it home.

Anne was careful with her money and when she and Ray got married, that carefulness continued. Some of it was required. They were trying to raise a family on a federal employee’s salary in the 1950s and 60s. Some of it was just their natures. They were frugal, Do-it-Yourself people. The result was this; at the end of her life, Anne had enough money to be able to make some decisions about her own care.

In 1942, Anne, her sister and her father were required to register as “enemy aliens,” a response to the attack on Pearl Harbor. They had to carry papers and abide by a curfew. Her father, Anne told me, was shamed by this. He felt he was being tarred by the same brush as Hitler. “And I guess he was right,” she said. “We were.”

She and Ray moved to Sonoma County in the late 1940s, and bought the house in town in 1953. She lived there ever since, raising her sons, seeing her husband through his final illness, until the last year of her life.

Anne was the type of woman who took her identity from her husband. “I will be Ray’s wife until I die,” she told me once, about a year after he passed away. I nodded politely, sure this was the kind of thing widows said at a certain stage. In Anne’s case, it was true, and that was by her intention. Anne liked being the “Mrs.” of a “Mr. and Mrs.” couple. When Ray got involved with the Twin Hills Fire Department, she took on certain activities, such as answering the “fire phone” and calling the phone tree, in the days before 911 and automated tone-outs for volunteer firefighters. At her memorial service, one of the volunteer firefighters recalled a time he had stopped by the house to visit. He was talking to Anne when the fire phone rang. “I was scared,” he said. “My chair was between her and the phone. I didn’t know if she was going to go over the top of me, or through me.”

The volunteer fire department, especially the years that Ray was the chief, held some of Anne’s best memories. Of course, the memories of her boys were the ones closest to her heart. She filled scrapbooks with pictures, first black-and-whites from her little Brownie camera, later color from a Kodak, of all the early vacations. She loved pictures of wildflowers. Her older son had an entire scrapbook devoted to him originally, and Anne put in a picture of just about everything. By the time Spouse came along, that scrapbook had become pictures of “the boys,” and not every moment had to be memorialized. Spouse definitely got the better part of that deal.

Anne and I didn’t agree on everything, but we changed each other’s opinions on some things. We had a long talk one day about what I called marriage equality and she called gay marriage. “If they want to be recognized,” she said, “why is it that when two women get married, one always wears a man’s tuxedo?” In some weird way, that question made sense, in context.

I said first of all that she didn’t know that all women did that. She only knew the ones that made the papers; maybe scores of women couples got married and both wore pants, or both wore dresses, for that matter. She decided that was possible, but she doubted it. She did agree, though, that they should be treated just like other married couples. Three things contributed to this decision; my discussion with her of how different my finances were when Spouse and I got married; the influence of her two long-term neighbors, gay men, who were her friends for twenty years; and Anne’s innate sense of fairness.

In turn, she persuaded me that baseball might be fun to watch, especially the SF giants, and especially if it were the World Series.

Anne’s nephew spoke at her service about Anne and her sister (his mother) demonstrating the classic American immigrant story. They came here from a country devastated by war, on the precipice of another war. They endured hardship, but they worked hard and lived the virtues they were raised with; honestly, integrity, responsibility, charity. Anne ended up with two sons who are good men, and a circle of loving friends. I’d call that success.