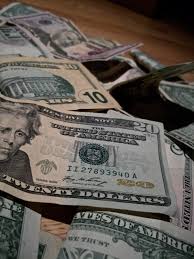 Before 2016 closed out, I earned, and got checks for, $696.38 worth of payment for short fiction. That’s almost seven hundred dollars.

I could certainly spend some time here discussing all the things that almost $700 won’t buy. I get it. I do get it.

On the other hand, it would buy a really nice weekend at a fairly expensive hotel if we wanted it to. It would put new tires on the car if I needed them… well, maybe, almost. I’d have to do the math there.

Again, the point here is not the money. I mean, yes, of course it’s the money, but not just the money. It’s the sense of validation. It means (I think it means) that my storytelling skills are getting better; that I wrote stories that interested people and gave them characters they cared about; that I created an interesting world or idea and that my words are good. I’m progressing. And a couple of editors have seen fit to acknowledge that.

And –and this is an important part — that I sent stuff out. I had lots of stories, including the three that sold, (well, two of them, anyway), sorry, wandering, my point is, I had lots of stories rejected in 2015 and 2016 too. You have to send your work out.  I know it seems obvious, and yet.

Send it out. Keep sending it out. If an editor gives you a personal rejection, pay attention to it. If the editor is on Twitter and tweets about things they like/don’t like/want to see right now, pay attention to it. And while you’re doing that, keep writing new stuff and trying to be even better. And do not bother sending a zombie story, no matter how original, clever, insightful and brilliant, to Clarkesworld because their editor doesn’t like zombie stories. That is not from personal experience, but I did hear him say that myself, so I’m passing it on.

What did I do with all my money? I put it in the bank.