At the start of the Memorial Day weekend, my writing friend Kate (you can see a story of hers here) sent me a link to an author profile. The piece, published at the Writers Collective, compared the careers of interviewer Faye (that’s not her name) with the acclaimed, award-winning writer N.K. Jemisin (and that is her name).

My first question was, “Is this a brilliant satire?” Alas, it was not. 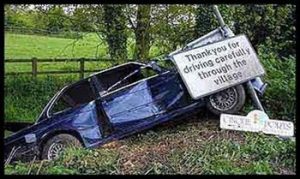 With a little care and preparation you can avoid this result.

The post about Faye’s life and aspirations with a few lines about Jemisin was supposed to be the first of a series. I won’t link to it because I think it needs to die a quiet death. Since it was posted, the Writers Collective had taken down the post.

Jemisin said that when she asked to see the original interview, she pointed out that much of what she said was characterized, not quoted, and when she said that some of it was mischaracterized, Faye said that she had captured “what Jemisin meant.” Jemisin did not agree and asked Faye not to use the interview. I guess that this is when the piece became, instead, the comparison of two writing careers.

I do four or five author interviews a year for Fantasy Literature. We have, on our work site, a list of guidelines for how to do an interview. I thought I’d share a few of them, along with some of my own thoughts, here.

First of all, many authors like getting interviewed, especially when they have a new book coming out. They may be swamped with interviews, though, so take that into consideration. While I detoured a bit to froth with envy over the idea that Faye got to interview Jemisin in her home, nearly every interview I’ve done has been via e-mail. In two cases, Laini Taylor and Charlie Jane Anders, I was able to do part of the interview in person, but both interviews included an email follow-up.

Email gives the writer a little more time to think about the answers. If you have the good fortune to interview someone in person, it’s still not a bad idea to email them the questions in advance. Always ask if you can follow-up on answers so that the interview is a true exchange and that you can clarify exactly what the writer intends.

These tips are meant for interviews that showcase an author and be fascinating for the audience. I am not an investigative journalist, a gossip writer or a hate-interviewer going for a “gotcha.” That doesn’t mean I won’t follow up on a statement I don’t understand or want to debate. It means I want to give the writer the best chance to present themselves well. My interviews have always been in the context of a current or upcoming work, so my guidelines go in that direction.

Read the work of the person you’re interviewing.

You might have an Advanced Reader Copy (ARC) of the upcoming work, and it’s good to have read it because frankly that’s most of what the interview will probably be about. It helps if you have read at least one other work to get a sense of their range, their style and their issues.

And, seriously, if you don’t like the writer’s work, why are you interviewing them?

Research the person’s background before the interview.

Lots of contemporary writers have Wikipedia pages. It is just that easy to find out date and place of birth, education, and literary milestones, keeping in mind that the writer probably wrote the page. If there’s nothing on Wikipedia, the publisher’s website will have something, and the writer may participate in sites liked Linked In. Give yourself twenty minutes to do some background. You’ll be surprised how much you’ll find out.

Lots of writers have blogs. Find and read a few posts on their blog. If they have written posts on the current work, most likely they have singled out something they thought was interesting or a challenge to them in the writing. Read those posts. You will also get a sense of other interests the writer has. Your award-winning writer loves to knit. Can you put in a knitting question?

You don’t really want to ask exactly the same questions; or if you do, you want to put a different spin on them. If it is a similar question, acknowledge the previous interview. “In your Vanity Fair interview, you stated that Gemilessa represented the spirit of rampant American consumerism. In retrospect, do you feel that Starbuck’s Unicorn Latte validates your symbolism?” It shows the writer that you are interested enough to have done a tiny bit of research.

Read other reviews as well, because this lets you know what others are seeing in the book, (or the writer’s work generally).

You want to be aware of controversies/pitfalls. If, for instance, Publishers Weekly just posted an article saying the author is accused of plagiarizing their most recent work, you really should know that before you post an interview.

Imagine your audience and what questions they would have for this person.

Your own curiosity is your best resource, but it helps to take a couple of minutes to think about what people want to know. Again, reading other interviews will help you weed out the common questions.

Look for the thing you loved that hasn’t been mentioned in interviews or reviews.

“I loved the character of Indigo. Tell us how Indigo was developed.”

“Throughout the book, you use the color green to represent life and growth, but near the end, there is a long passage about the green of venom. In making that contrast, what was your intent? Was that planned or did it emerge organically in the work?”

Most writers love it when someone asks about the thing other reviewers are overlooking. It also tells them that you gave a work a careful, thorough read.

If they have a book coming out now, it means they finished creating it at least a year ago. They are probably working on something now and maybe several somethings. Writers are self-employed and appreciate a chance to advertise their work.

Are there broader topics that would interest your audience?

To use N.K. Jemisin as an example, one of the most interesting things about her is how she has leveraged a crowd-sourcing instrument called Patreon to free up more of her time to write. If I were interviewing her, I would ask at least one question about her decision to do that. I might also mention, if not ask a question about, her column in the New York Times.

Be polite and respectful.

Because… really. It doesn’t mean you can’t ask penetrating questions. And here, a note about e-mail is required. E-mail carries no non-verbal ques, and emojis really aren’t going to do it. “You have a book coming out, why should I care? (smiley face) Haha,” does not read as charmingly snarky. It reads as rude. If you have a serious question underneath the snark, try to frame it differently. “What do you want people who haven’t read you to know about your latest book and why they should read it?” is marginally better.

Use quotations where possible.

One beauty of e-mail is that you have a record of the exact reply. Why not use it? In some cases, you might have to edit for length. Remembering that my goal with interviews is to help the writer look their best and provide an entertaining interview for our readers, when I plan to edit a response, I share the edited version with the writer before the interview goes up. You don’t have to do this, but it seems professional to me. It gives the writer a chance to point out if valuable context is lost, or to say, “No, what really important to me is not rampant consumerism, but the high-calorie content of the Unicorn Latte.”

Before you do your first interview I suggest reading a lot of writer interviews. Study the ones you like best to see what those interviewers are doing.

Faye, unable to use a poorly developed interview, turned her piece into a comparison of her career and Jemisin’s. This was awkward because there is little comparison. Faye plainly wanted the piece to promote her writing, so she told us about it. And told us. And told us some more. It ranged from the boring to the desperate; hence the satire question. I will not quote from the article, but I’ll give you a couple made-up examples of the tone and structure.

“While N.K. Jemisin has won the Hugo Award and achieved a modicum of fame, I recently read a chapter of my book to my husband, and he told me it was good.”

“Like Jemisin, who attended NASA’s Launch Pad program, gives talks at college commencements, conventions and various academic conferences, I too am renowned for my genius and am frequently asked to discuss my work at family picnics.”

This does not elevate me to the level of Jemisin. It makes me look like a Miller Genuine Draft “I am rich” commercial without the self-awareness.

If you want to showcase your writing, the better way to do it is by developing and presenting a thoughtful interesting interview. Save the “I’m just as good as [famous name]” stuff for your personal blog, where exceptions for that type of thing are more likely to be made.

Here a few examples of FanLit interviews that I think are good. I am promoting the site but I am also being lazy, because I knew where these were.