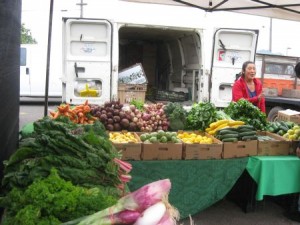 Keith Abeles of Quetzal farms barters produce for time in the commercial kitchen built by the Council on Aging to prepare their Meals on Wheels.  Quetzal Farms makes “value-added products,” like salsa, from the farm’s dry-farmed tomatoes and peppers.

Sheana Davis makes cheese.  She uses Sonoma County milk, but makes her cheese in Berkeley because there is no local facility available.  She ships 30% of it back to Sonoma for sale here; the rest goes to New Orleans and New York.  Sheana also developed for herself an “advisory council,” a group of artisan cheese makers from across the country, who call and e-mail each other with questions, ideas and advice.

Doug Beretta sells his organic  milk to Wallaby Yogurt, based in nearby Napa County.  The company sells internationally and uses milk from Sonoma and Marin.

Faced with geographical, economic and regulatory barriers, what is a small farmer going to do to be successful?  The food forum had some suggestions. 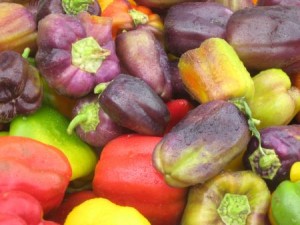 What the Government Can Do

I’m cynical about small-government types who live off government subsidies (like, for instance, Republican farmers).  In this case however, my sympathies shift a little bit.  Until 2009, California was a “donor” state.  This meant we paid more in federal taxes than we received in federal payments. The recession has hit California hard; we are now a “needy state” and it’s time some of those dollars came back our way.  So, Republican policy-makers in Washington, the sooner you help California recover, the sooner you can start shoveling our extravagant tax dollars back into your pork-barrel projects, okay?

Farmers would also like to see local government participation in the simplification of some regulations, the return of freight rail to Sonoma (due in April, 2011, apparently), creating of a Sonoma “branding” effort, and the development of a food hub. 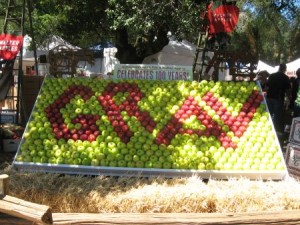 What the Growers Can Do: 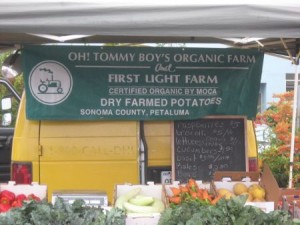 What Educators and Consumers Can Do 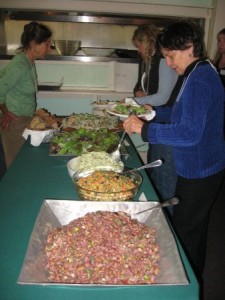 Conspicuously absent in any discussion from the producers was concern about the economics of food.  Local growers are keenly aware of the number of wealthy and very wealthy people who live here.  Most of the consumer suggestions are aimed at the families who make $150,000/year and more.  Local growers did not concern themselves particularly with the struggles of those families living on $20,000/year or less.  That discussion was left up to the next group:  The Eaters.