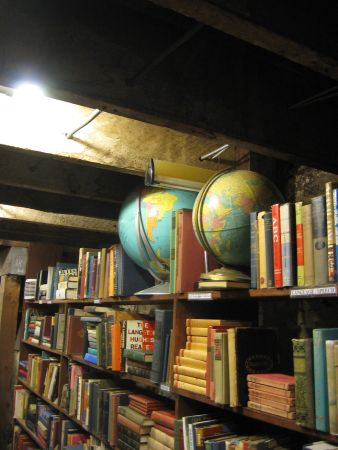 Only six of the buildings on Sonora, California’s main street are original, and Legends occupies one of them. Legends offers ice cream, antiques and used books, a triple threat that can’t be beaten. It has a spring house in the basement, a bank vault and a bar that was once part of the Bank of Italy in San Francisco, until that august institution changed its name to one better known and less respected, at least lately – Bank of America. 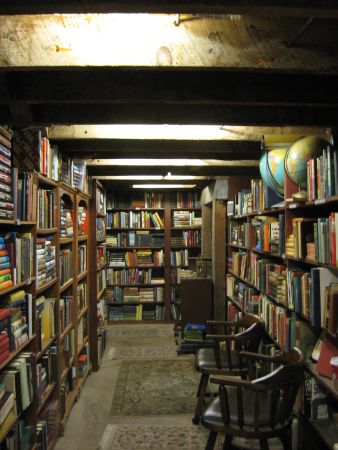 Most of the books are in the cool basement that was hollowed out of the earth and gold-bearing quartz that run in veins through these hills. The basement smells of rock dust. The books themselves are not that unusual for the most part; a lot of used hardback fiction, some non-fiction, with the finer books in the areas of California history and gold mining, and some collectibles. There were lots of book club books from the 1970s –Arthur Hailey, Steven King, Jacqueline Suzanne, Frank Yerby, Frank Herbert. While we were down there, Mary and I kept hearing water running. It was not like a faucet or a toilet. It sounded like a creek. Sure enough, we turned a corner and found, behind chicken-wire mesh, a stream of water gushing out of a narrow pipe that bloomed out of the rock wall. The water poured down over a stone-lined channel. Not your usual bookstore design accent. 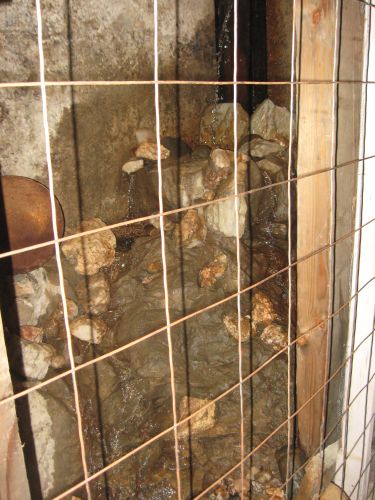 When the place was fist built, the spring in the hill behind it would routinely flood the basement, so the owners channeled the spring.

We turned the other way and confronted the vault door, from back when this building served as the Sonoran branch of the Back of Italy. 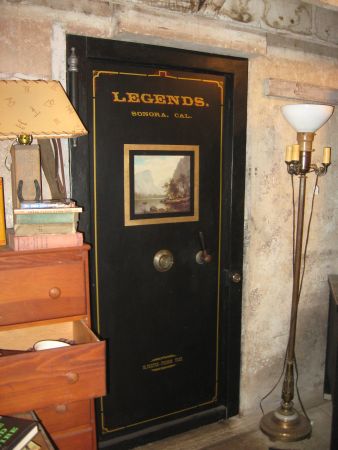 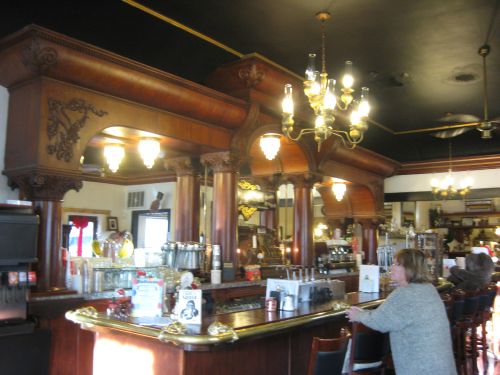 I explored another alcove and beyond it, behind a locked glass door, I found the display they’ve set up as a replica of an 1840s gold mine.

The huge cash register is from 1886, and the elaborate wooden bar was carved by hand in Italy, also in the 1880s. It was shipped to New York and transported by wagon across the country to San Francisco(why didn’t they sail it around the Horn? Dunno, and our host didn’t know either). This is one third of the whole piece. Another section in is a bar in Virginia City and the third piece is somewhere in Montana. 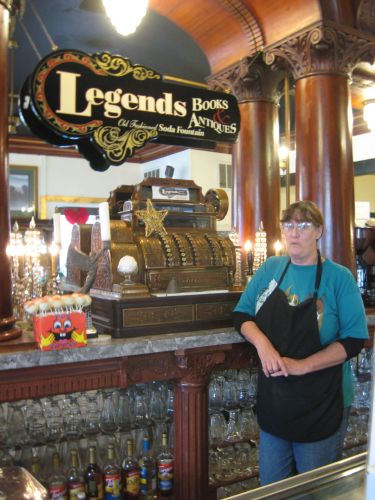 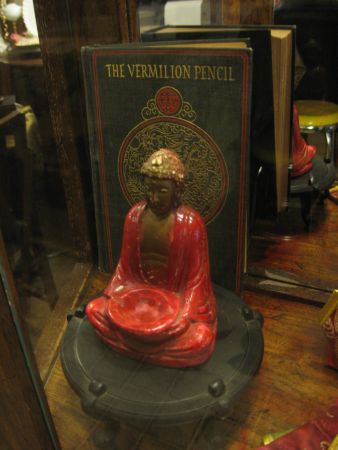 Legends serves Blue Bunny ice cream. Blue Bunny is made in La Mars Iowa. Legends orders weekly, but sometimes they get different flavors than what they ordered, depending on what Blue Bunny has in stock. The Sonorans, however, seem quite happy with the selections.