For this weekend and next weekend, the farmers’ market has moved into the plaza instead of the parking lot, leaving parking for the local merchants who expect the local holiday shoppers. It makes for a very… cozy market. 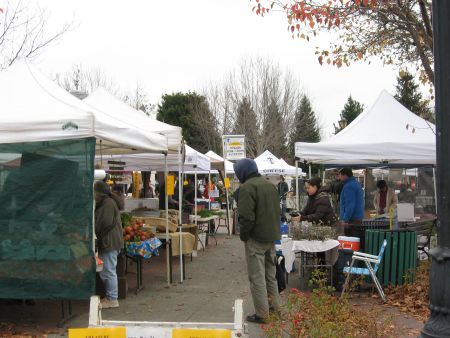 Last week a fellow shopper, a very ill-tempered red-haired woman in her thirties, walking with a stick, snapped at me that carrots were out of season when I asked a farmer if he had any. She didn’t work in the booth, just took it upon herself to educate me. Of course she was wrong and they aren’t out of season, they’re just slowing down. Last week they were sold out of carrots, but this week three vendors had them and I got a bunch from Armstrong Farms before they disappeared. Dave the fishmonger was there and I got halibut and Alaskan king salmon. At Orchard Farms, the farmer suggested that it would be good weather for potato-leek soup. He had leeks (First Light Farms had various types of potatoes). He also recommended adding some parsnips for sweetness, so I got some of those too. Young beets for two dishes—sauteed beet greens and a beet salad later in the week.

Hector was there, with onions, squash, peppers, eggs and, of course, honey. 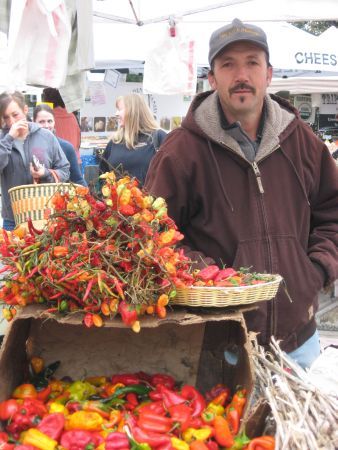 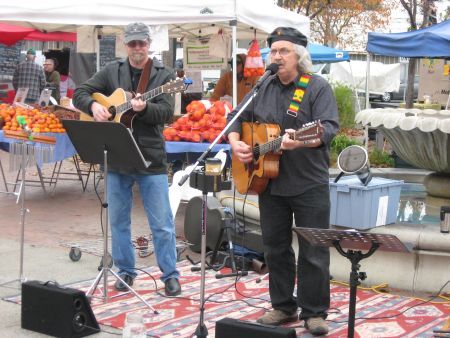 The musicians were, apparently, some kind of Gordon Lightfoot tribute group, since out of the six songs I heard them play, five were his – including all 457 verses of “The Wreck of the Edmund Fitzgerald.” They might have played it to warm up. It only took them about ten minutes to complete. Darned fine guitar players, though. 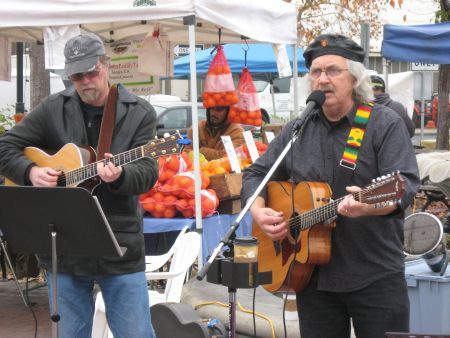 Occupy Sebastopol is still there–all one tent and three participants of it. I’m not sure what point they are making by occupying us, but I admire their dedication. They seem like nice people. 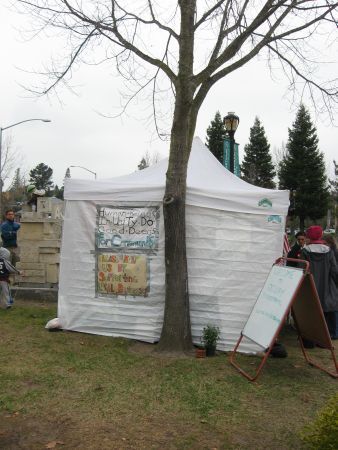 I stopped at the used bookstore on my way back and found a copy of a Mervyn Peake biography. I’m searching for Titus Groan, the first book of the trilogy, but this looks like an interesting diversion.