We saw the wardroom, the Chief Petty Officers’ pantry and mess, with its perpetual POW/ MIA table to honor those still imprisoned or missing, the crew berths, sick bay and the galley. 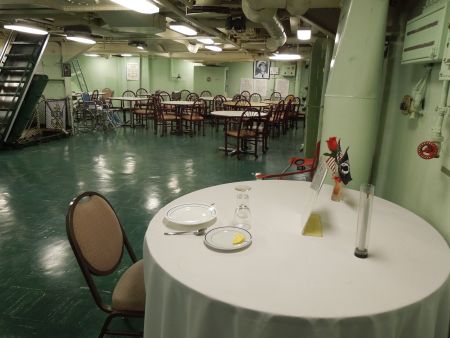 The cots in Sick Bay actually looked comfortable, but the “racks” where the crew slept are indeed “racks;” three high, hung by chains with thin mattresses. The area where they manufacture torpedoes is next door to one of the berths, and torpedoes moved through the bunks on a regular basis. 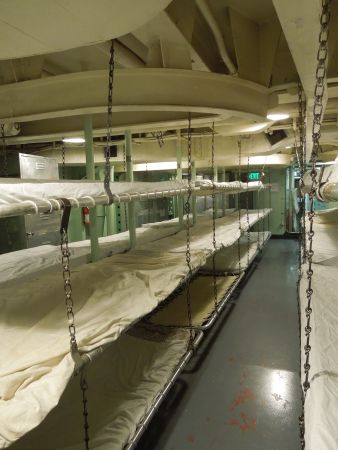 Laura introduced us to Shirley, the fore engine. This is pretty far below-decks (we were actually below the waterline). The steam pressure in the engine rooms reached 600 pounds per square inch and temperatures of 800 degrees Fahrenheit. Engine workers often carried brooms; not because they were tidy, but because you could not see a steam leak, you could only hear it. You methodically waved around the broom until the straws of the broom-head sheared off; then you knew where the leak was. Better a broom than your arm. 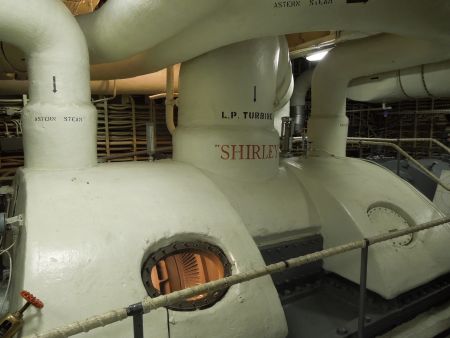 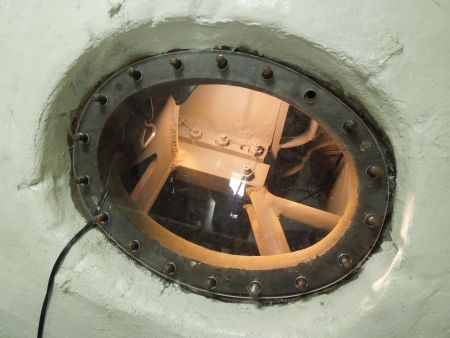 The Hornet desalinated and distilled 900,000 gallons of salt water daily. The primary use was for the steam engines; cooking, drinking and showers were next.  Modern aircraft carriers, with 6,000 people on board, desalinate about 1 million gallons a day. 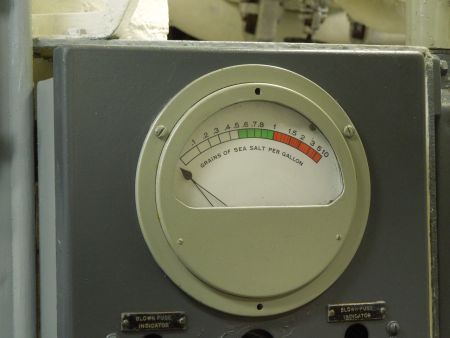 The ship had a huge galley, of course, a bakery, a laundry, a brig and so on but it also had a print shop. I should not have been surprised, but I was, a little. 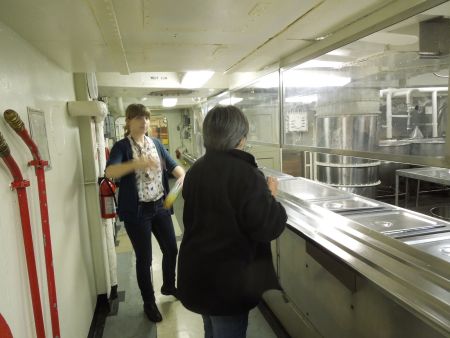 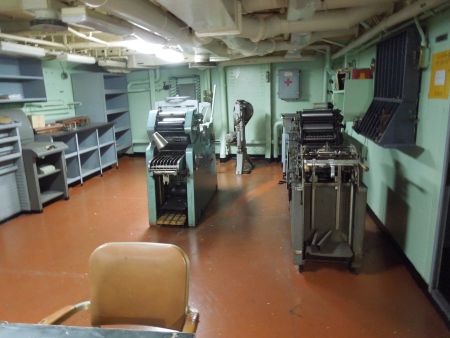 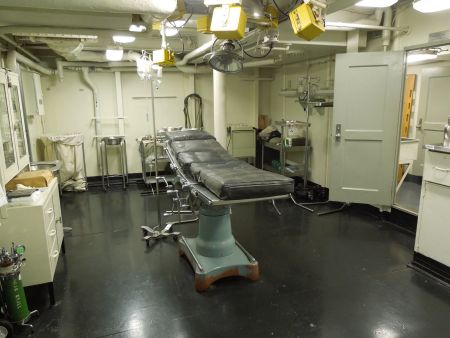 Compared to the Nimitz-class aircraft carriers that hold 6,000 crew including flight crew, the Hornet, with 3500 people aboard, looks quaint and small, but when you are walking it or climbing up and down ships ladders, I have to say it seems plenty big. And my calves certainly think it was big enough. 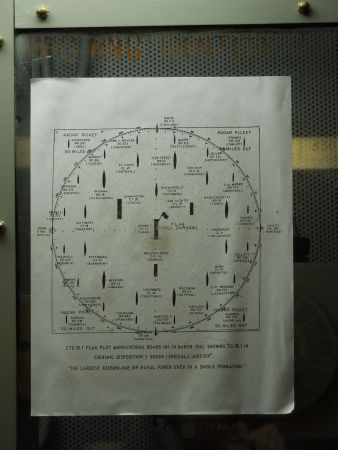 Tribes of the Hornet

There was a crew of about 2500, a separate flight crew, and a group of Marines, the designated law enforcement group. Each group tended to be separate and in fact, the Marine space was off-limited and legally, the Marines could shoot anyone who encroached. To Laura’s knowledge, they never actually shot anyone

Supposedly, the Hornet has 200 ghosts. Laura says it has been host to many “ghost shows” including Ghosthunters. I asked if she had any person ghost experiences. She said she hadn’t seen any apparitions, but one time when she was present a group did the experiment with the twist-on flashlights. The light would come on and off without human intervention, usually responding to yes/no questions. She saw this happen, and the lights responded to questions in a way that were congruent. Laura, scientific soul that she is, did not present an opinion, but, as she said, “I saw the lights. I carry a button flashlight now, not the twisty kind.” 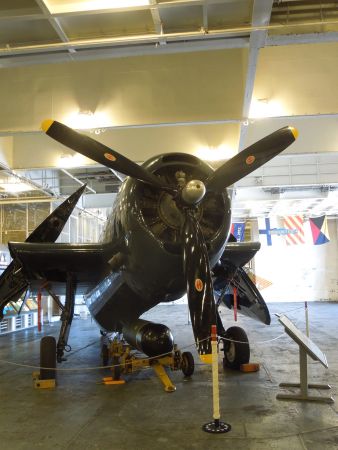 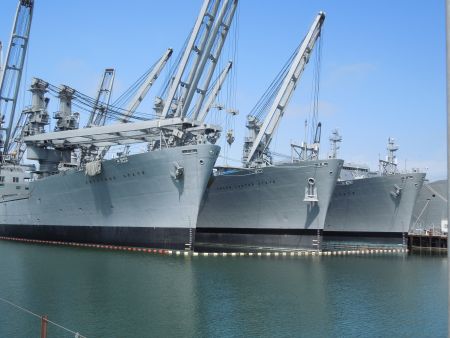