The World’s a Fair, Part III; Falcons of the Queen 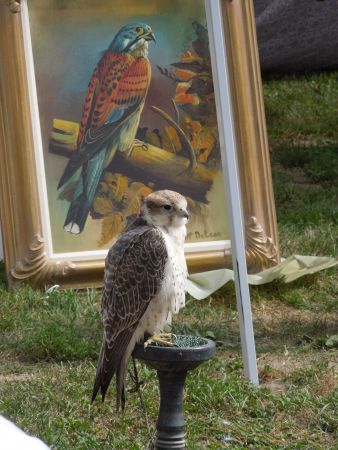 I never did get the name of the group who had the birds of prey, but I think they were the Guild of St Tibba, a non-profit group who works to protect birds of prey and educate people about the history of falconry. This group encourages people to use falcons in vineyards and landfills to drive away grape-eating birds and seagulls. 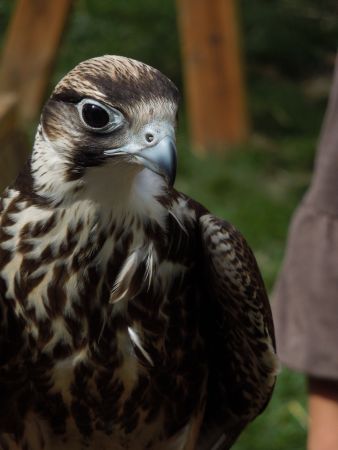 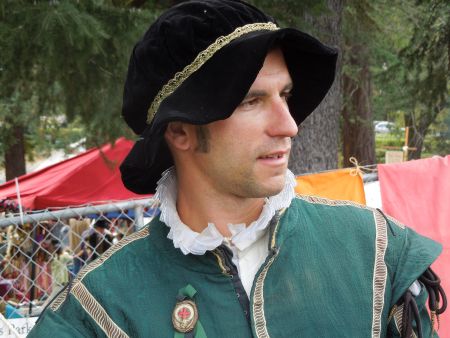 This year they had several varieties of falcon and hawk I hadn’t seen before. Several were from Africa, one from Central America. They also had a pair of Harris hawks, which live in California (they are a matriarchal bird that live in colonies, which is unusual for birds of prey.) 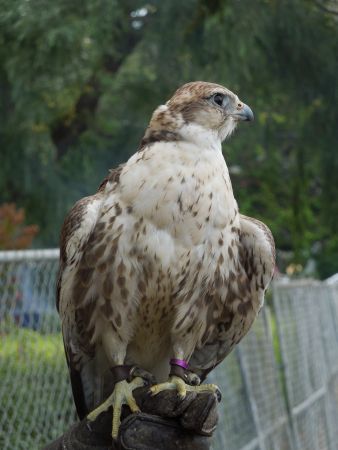 Hermes (the winged messenger) is a Saker Falcon descended from Ethiopian falcons. 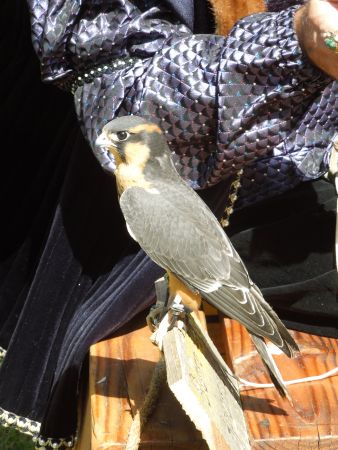 Dunno is an aplomado falcon from Central America. He is about the size of a kestrel, and the markings are similar, but the color palette is in the browns and bronzes.  Even though they gave him a stupid name:

“Why don’t you know? You’re his handler,”

He is a beautiful bird. I talked to one of the guys who was watching him (in full Elizabethan garb, you can see his arm there). Little kids kept running up to Dunno, who would hop off the fence post and fly up onto the guy’s head –anything to get to the high-ground. 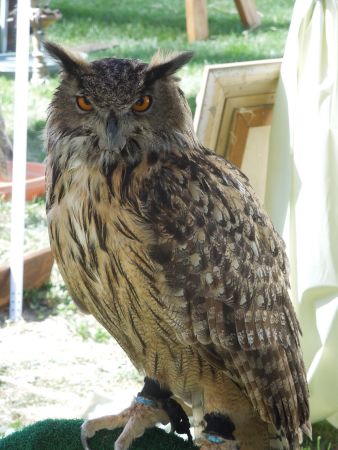 Eagle-owls must not be endangered since almost every falcon group has one. 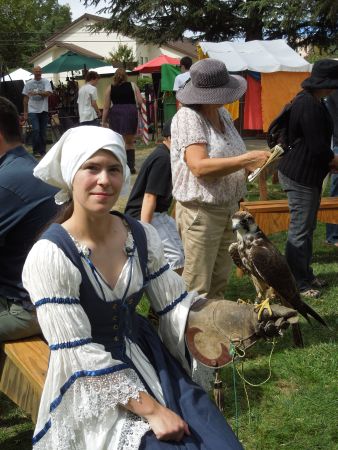 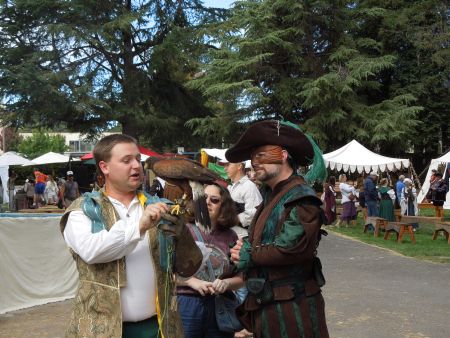 These birds are thoroughly imprinted on people, and several of them ride around on the arms of various costumed performers. A couple of them were hooded, mainly because they were overstimulated by the crowds.

This entry was posted in View from the Road and tagged falconry, Falcons, Sebastopol Education Foundation, Shakespeare Festival. Bookmark the permalink.

3 Responses to The World’s a Fair, Part III; Falcons of the Queen