I love Sherlock, But He Isn’t Holmes

Last Sunday PBS debuted the first episode of Season Three of BBC’s arresting drama-comedy Sherlock. I hadn’t planned to watch it, but found I couldn’t help myself. Sherlock’s flat-footed attempt to “surprise” Watson with the fact that he was alive, Watson’s hilarious and appropriate response, and the jump-cut scenes that get worse and worse because Sherlock won’t shut up… it was funny, and pitch perfect.

I am delighted with Martin Freeman’s note-by-note perfection as Doctor John Watson, a modern-day veteran of the Afghan wars, with physical and psychic wounds to show for it. This John Watson is close to Arthur Conan Doyle’s creation; a smarter than average, practical, courageous man who is still intellectually outgunned by his weird friend.

And I love Benedict Cumberbatch as Sherlock. I love him, but he isn’t Holmes. 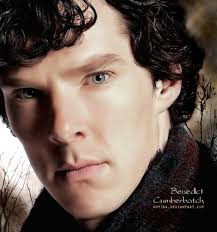 Cumberbatch isn’t the first good actor to not-be Sherlock Holmes for me. Frankly, the closest they’ve come to getting it right is the old Masterpiece Mystery series with Jeremy Brett. I love Robert Downey, Jr, but he isn’t Holmes, although those movies almost hit the right note with Holmes’s substance abuse problems. Holmes’s brain is like an alien machine; boredom, not addiction, is his weakness, and boredom drives him into doing self destructive things. Downey is a little too much Tony Stark in the Holmes movies for my taste (although, once again, Jude Law is spot on as Watson).

Jonnie Lee Miller and Lucy Liu (as Watson, a “sobriety counsellor!” Gag me) aren’t right at all. I don’t care that much for Miller, but his acting isn’t the problem. It’s the writing. They don’t get Holmes right. He just flails around accusing one person after another until one of them sticks. Please review the Holmes short stories; this is exactly what Holmes didn’t do.

As for Sherlock… well, things fell into place for me when I learned that Steven Moffat is a co-developer of the show. There’s a lot of Doctor Who in Sherlock. That helped me disengage the compelling, intriguing, hugely entertaining bundle of tics and character flaws that is Sherlock from the canonical character of Sherlock Holmes. I no longer had to try to squeeze him into the mold created by Doyle.

In other ways, the updating of Sherlock is good. Watson keeps a blog on which he writes up Sherlock’s cases. The eccentric genius does have a “consulting detective” business, out of his rooms on 221 Baker Street. Other characters updated realistically, especially police characters. Watson’s fascination and exasperation with his friend’s wild mental system is great. The visual used to show Sherlock’s cogitating is current and stylish without being too disruptive to the narrative.

The Season Three opener gave us a nice bit of insight into the background of Sherlock and his brother Mycroft. Instead of being an alien born and raised on Gallifrey, Sherlock and his brother were, instead, a pair of feral geniuses born to a perfectly nice, slightly-above-average English couple. We actually get to meet them in the episode. Mycroft basically raised Sherlock, creating a mental image of two bright-eyed young wolves, stopping in the backyard to gulp down the raw meat the nice couple puts out for them, them loping into the woods to learn… well, we don’t know what.

Sherlock works fine for me now that I know who he isn’t. He isn’t Sherlock Holmes, but I love him anyway.