Knight of Crowns: The Crowning of the Rich White Kids

After the shock and horror of the Season One finale of The Magicians (Syfy), the Season Two premiere rebounds straight into snarky millennial humor.

We thought everyone but Quentin (and Julia) were dead, but after Quentin frantically searches for help, he returns to the wellspring to find that, thanks to a god-juiced Alice, everyone’s okay – nearly. Penny’s hands are still severed. 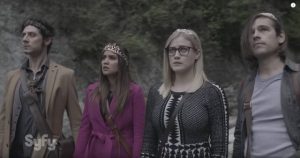 Do these crowns make us look white?

That’s pretty terrible, but after a detour, and, with a tiny problem that will no doubt plague him the rest of the season (okay, it’s a curse) Penny’s hands are soon reattached and the quintet traipse off to find the Knight of Crowns and be crowned Kings and Queens of Fillory. Four of them will, anyway.

After passing a grueling ordeal – pop culture questions from the 1990s, which proved that I could be a Queen of Fillory – the four entitled white kids crown themselves, while Penny, lounging against a rock, observes.

You noticed that. You couldn’t help but notice it. The show knows you noticed it. It’s counting on that. 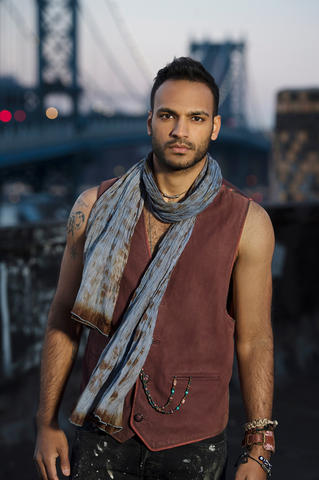 Some of us don’t need crowns

It knows that you noticed that Penny is the equivalent of a scholarship kid; that Penny’s skin is darker than any of the others; that Penny is angry and often rude, and that Penny is not in the running for a crown. I’d say that he is not even considered, but that isn’t true; Eliot evokes the image of Penny as a king to mock-threaten Quentin. The threat is real. Quentin is an outsider himself, even more of an outsider than loner Alice, who is a magical legacy at the school. The threat that Quentin can be displaced from the inner circle by the angry dark-skinned guy is real and that tells us a lot.

Even though Penny is arguably the strongest male magician of this group, he is not part of that inner circle; there is no place for him on a throne.

In each of the “coronations” (the four crown each other), Penny is in the shot, watching.

In Lev Grossman’s first book of The Magicians trilogy (called The Magicians) he used the metaphor of magic to explore the lives of entitled, bored twentysomethings. Magic did not give them a purpose. Destiny was bullshit. A degree in magic from Brakebills University was no different than a Yale MBA, the only difference being that with the Yale degree you could get a job. Works of imagination like Lord of the Rings or The Chronicles of Narnia were not meant to provide a model for ways to live, or, well, they were, but they were the cynical manipulations designed to cultivate obedience and conformity in children and blind them to the “real” system of the world. When our ennui-draped group did go to Fillory, they made disastrous mistakes because they tried to take the world of Fillory as they remembered it in the books. It wasn’t until they “wised up” that they began to succeed.

Grossman began to put his own somewhat cynical ideas under the microscope in the second and third books, where Quentin at least had a nodding acquaintanceship with the concepts of heroism and sacrifice. 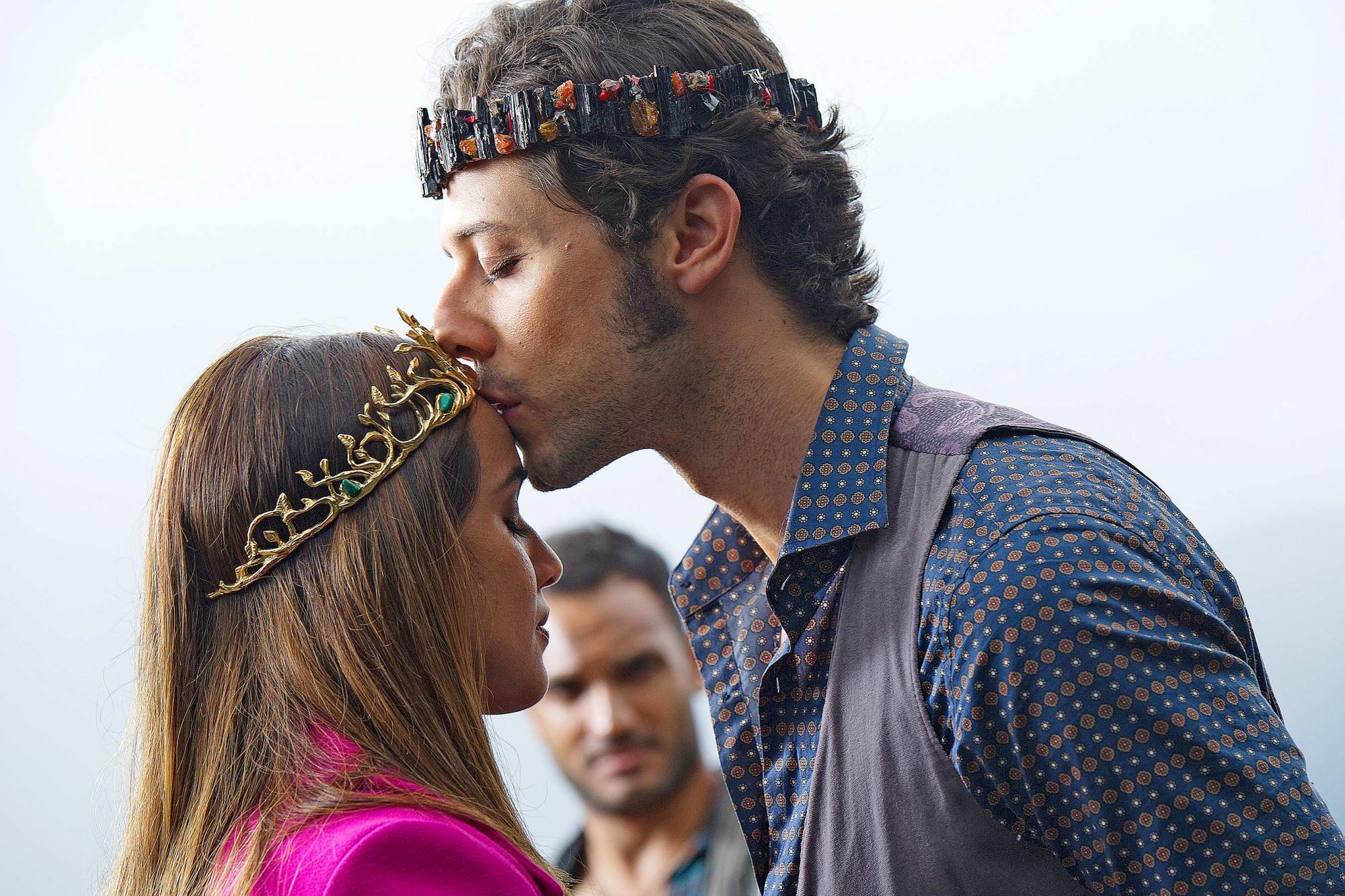 Queen Margo the Destroyer and King Eliot the Spectacular

The television show, a visual medium, is approaching the issues of racism and classism while taking a similar path to the books. The lily-whiteness of the four “chosen” is part of that path.  Early in the episode, Penny gets into an argument with a Fillorian who rendered him a service and demanded payment after the fact. Quentin, swaddled in privilege and fairy tales since birth, would probably have remembered something about the consequences of being mean to someone you meet on the road. Penny, growing up differently, does not. He is sincerely outraged that the guy is trying to take advantage of him. He stands up for himself. Later, when Eliot, Margo, Quentin and Alice all crown each other, he watches quietly, almost neutrally. He doesn’t seem to feel cheated this time; a cheat would imply that something was taken from you that had a right to or possession of. Plainly, Penny does not see a crown as something fitting that definition.

Unlike our four coddled twenty-somethings, Penny does not have the same emotional connection to Fillory, and we’ll see if that has anything to do with his upcoming storyline.

The two most powerful and most damaged magicians in the show are Penny and Julia. (Alice is so powerful that I put her in a different category.) Both of them have been diminished by others; both have things taken from them and have no recourse. Julia reacts with anger. She fights. In choosing to fight, she makes dark and terrible choices. Still, Julia is a competitive child of privilege and her anger comes from her sense of entitlement – from the expectation that she should have what she wants.

The man Penny raged at, who cursed him, tells him that he has “important part to play.” This isn’t the consolation prize. He isn’t denied a crown because he is “meant for a greater service to the land of Fillory.” Penny’s journey will be different. Something else is going on here. The show has something else to say. And I’m going to stick around for a little while longer, at least, and listen.

(Images from EW.com and The Magicians Blog.)