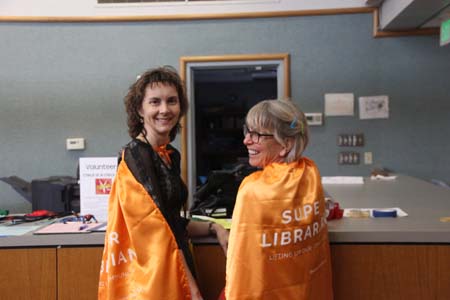 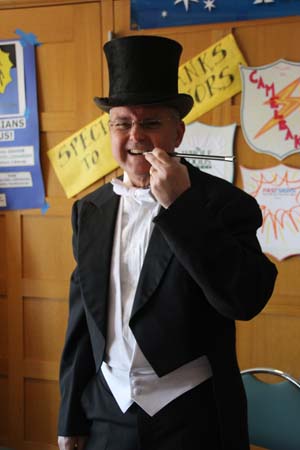 Look out! It’s the Penguin!

Just like last year, LumaCon was held at Lucceshi Park and Community Center (it outgrew the fairgrounds property the first year). The lobby was devoted to Friends of the Library and various local comic book shops showing their wares, while authors and artists had tables in the large auditorium. Across the lobby, closer to the duck pond, rooms were devoted to Fandoms, family fun, and Magic: the Gathering.

There were cosplayers galore. There was a medieval melee on the lawn (once you signed your decidedly-not-medieval Waiver of Liability). There was a cosplay parade and a contest; there was a bake sale, and lots of great art and great books.

I saw my friends from Brian’s Comics in Petaluma. Then I talked to award-winning writer Brian Fies and his two daughters, who held down his booth while he made a sandwich run. Maia Kobabe was there and I was delighted to discover that she is starting work on a comic based on the life of Harvey Milk. I don’t remember seeing Svetlana Chmakova’s work before, but I was seduced by her “The Writing Process (as Described by a Kitten in a Box)” comic panel and I bought two, one for myself and one for a writing friend. 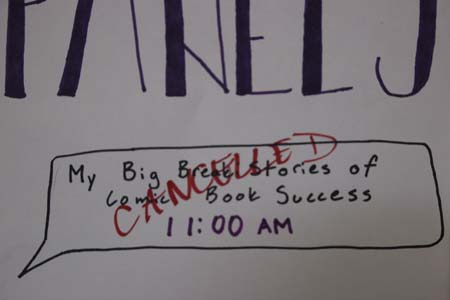 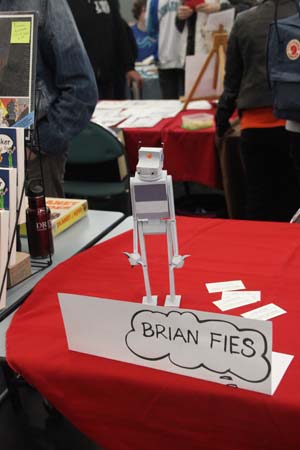 To my surprise, I bought more art than books. To my disappointment, both panels had been cancelled. This meant that I saw “Suiswede Squad; the Trailer” courtesy of Studio A2 (a high school production), and that was pretty silly and pretty fun. Check out their Youtube channel. 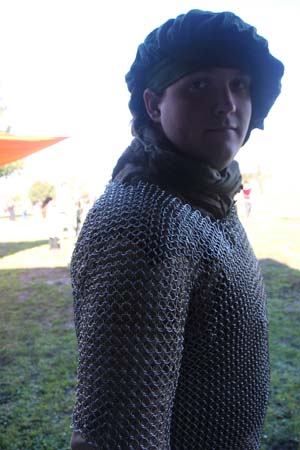 Chain Mail — He is finishing it himself. 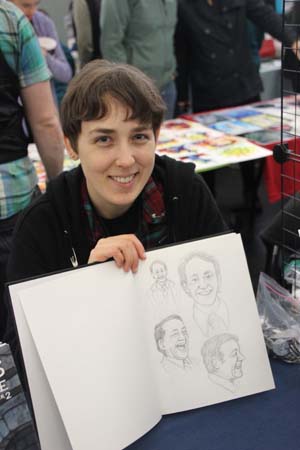 I needed to stretch my legs so I walked around the duck pond before I headed home. 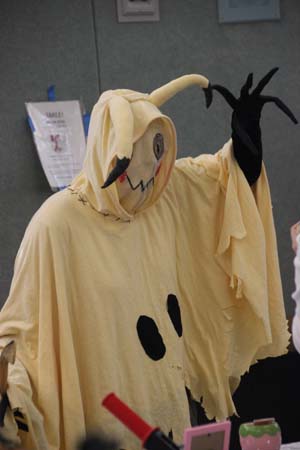 I know I should know what creature this is… but I don’t. 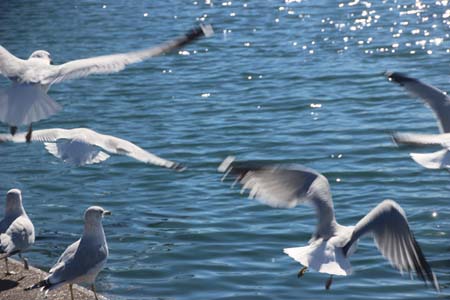 Seagulls at the duckpond.

This event is always held the fourth Saturday in January, and it’s free. I highly recommend it. It’s inspiring, fun and well laid out, and I love how it encourages artists, writers, costumers and storytellers of all stripes. Or spots, or tentacles. 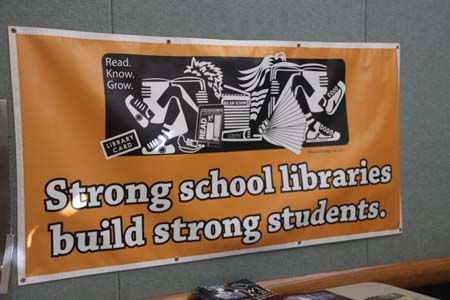 This entry was posted in View from the Road and tagged art, books, comics, cosplay, librarians, LumaCon. Bookmark the permalink.