The Timid Traveler Part One; I Got my Tickets

On Friday, April 28, I got my airline tickets for my August trip to Finland and Iceland. I hope to fit in a day trip to Estonia along the way.

I’m going to Finland for the 75th World Science Fiction Convention, casually known as WorldCon. During the 4 days of WorldCon I plan to skip the events one day and take the ferry across the Gulf of Finland and visit Tallinn in Estonia. When I leave Finland I will fly to Reykjavik, Iceland, and spend several days with my friends Linda and Daniel. 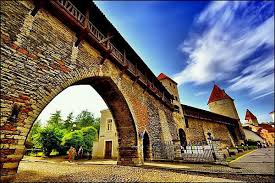 It’s my first international flight and my while not technically my first extra-continental flight, since I’ve been to Hawaii, it might as well be. I’m excited and anxious. I was anxious enough that I used a travel agent, something I haven’t done in nearly 40 years, to book the flights.

Helsinki has a reputation as a friendly, thriving, modern city that loves tech and is filled with wifi hotspots and good public transport. According to Wikipedia it got off to a bumpy start. It was formed as a city in 1550, then called Helsingfors, named by King Gustav I of Sweden. (Swedes still call it this.) The town was designed to be a market and trade city in direct competition with a city across the gulf, Reval, which is now Tallinn. Reval is a good three hundred years older than Helsinki.

Helskini didn’t do well at first. Wars, economic troubles and several bouts of the plague kept the city from growing until 1809, when Czar Alexander I made it the capital of an autonomous part of Russia called The Grand Duchy of Finland. Alexander apparently moved the region’s capital from Turku in order to quash any pernicious Swedish influence. In 1827, the Royal Academy of Turku moved to Helsinki after a disastrous fire, and from there the city took off.

That peninsula sounds like a hotly contested bit of land. Actually, all of Finland does.

The city occupies the peninsula and 315 islands (!). 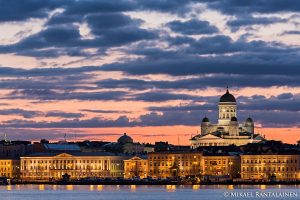 Helsinki on a Summer Night

WorldCon was first held in 1939, in New York City. That is no surprise. The second one, in 1940, was held in Chicago and then, with great audacity, the group leapt west and held the 1941 WorldCon in Denver, Colorado. Wow. From 1942-1945 they skipped because there was a war on, but they have met continuously since 1946.

Despite how it reads there, the World Science Fiction Society, who oversee the WorldCon process, have tried to make it truly a world convention. Cons have been held in other counties (they first made it outside of the US to the UK in 1957). I don’t see a lot of diversity though. In 1970 it was held in Germany. It’s been in England several times, and Australia. It’s been in Scotland, the Netherlands, Canada and Japan, so there is some branching out occurring. The WorldCon process is that volunteer groups in various cities put together a bid that voting members of the WSFS bid on at a Con. The bids are two years out; for example, as a voting member in 2016 I voted for the site in 2018. (San Jose, CA won.) A city and a country has to have enough infrastructure and a dedicated fan group who can commit to putting on a huge four-day event. But Windhoek? Lagos? While I’m still healthy enough to travel and enjoy it? Oh, please let that happen.

WorldCon also announces the year’s Hugo winners, which I am looking forward to hearing. Without as much noise from the splinter groups, this year’s ballot looks more, I think, like what a Hugo ballot should be and I am curious to see who the winners are. And I think, honestly, the group will be smaller than last year’s in Kansas City, Missouri, because it costs more to get there. (A lot more.)

WorldCon 75 with the polar bear mascot.

And then it’s on to Iceland; volcanos, waterfalls, glaciers and good friends. 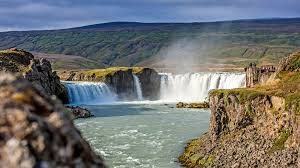 This entry was posted in View from the Road and tagged Estonia, Finland, Helsinki, Iceland, Reykjavik, Tallinn, WorldCon 75. Bookmark the permalink.

2 Responses to The Timid Traveler Part One; I Got my Tickets