Cloak and Dagger on Free Form

The riches of the Marvel Comic universe lie spread out like the ruins of a subaquatic treasure city, and the latest network to go salvaging there is FreeForm, (formerly ABCFamily), with its late-teen fantasy drama Cloak and Dagger.

The best way to watch Cloak and Dagger is to binge it via On Demand and watch at least two episodes in a row each time. The show moves at a glacial pace for the first four episodes. It’s not that things don’t happen, it’s just hard to see how the things that do happen relate to anything, and the connecting-tissues scene don’t look organic, but more like, “Hey, we have to remind the audience that he’s Cloak and she’s Dagger, so let’s throw in a scene here!” Starting with Episode 5, the story smooths out and becomes more cohesive.

The most amazing thing about Cloak and Dagger is Aubrey Omari Joseph, who plays Tyrone Johnson (Cloak). It’s hard to imagine an actor who would inform this character so seamlessly. This was a brilliant job of casting. Joseph’s performance kept me watching through a couple of those early desert-hike episodes, I have to say.

The TV series story doesn’t seem closely related to the comic books, but I haven’t read the comics, so maybe I’m wrong. We are introduced to two young people; Tyrone Johnson and Tandy Bowen. Maybe you didn’t notice their names make a nice-sounding pairing – Ty and Tandy – so if the superhero things doesn’t work out they could take up ice skating or something. They live in New Orleans. Eight years previously, Tandy’s father died in a car accident, driving off a bridge into the bay with Tandy in the back seat, at the exact moment the experimental oil rig he worked on for Roxxon Corporation, which was situated in the bay, exploded. At that same exact moment, near the waterfront, eight-year-old Ty saw a corrupt cop shoot and kill his beloved older brother. Ty dove into the water to save his brother, while eight-year-old Tandy was trapped in the sinking car. Somehow the two met and their powers converged to free Tandy from the car and carry them both to the surface. Neither of them, apparently, quite remembers that incident.

Now they are teens. African-American Ty lives with his middle-class parents in a nice house and goes to a Catholic prep school where he excels at basketball and gets good grades. He is driven, controlling, filled with guilt and resentment over his brother’s death. The guilt is because the shooting was indirectly caused by something he did; the resentment is because of course the NOLA cops covered everything up, and there has been no justice for big brother Billy. Ty is a control freak with anger issues.

Tandy has gone in a slightly different direction. She is a grifter, liar and a thief, a homeless girl who sleeps in a de-sanctified church, the second-coolest thing in the show. Tandy and Ty meet again when she steals his wallet at a party. He chases her, and when he grabs her she glows with a fierce white light and he swirls into velvety black tendrils. Their powers are reawakened. Separately, each discovers new facets to the power. If Tandy touches someone, she can read their hopes (and some memories). If Ty does, he reads their innermost fears, and some memories. Tandy can manifest a blade of white light –it’s a dagger! – and Ty can phase shift, which, I’m sorry, is like 100% cooler than manifesting a glowing can opener. It just is.

Then, to some extent it’s Game On, as, separately, Ty and Tandy investigate the mysteries in their pasts, explore their powers, and work toward justice/revenge. Eventually they team up, and soon they discover that the cover-up of the oil rig explosion, for which Tandy’s dead father was blamed, is actually hiding something bigger and more dangerous. The two teens have to work together, which is difficult because of their personalities… and they can’t touch each other or things go Boom, and not in a romantic way.

The third-coolest thing is the high-school Evita who is Ty’s girlfriend, even if she really is just a mole for her psychic aunt who exists to provide exposition about the powers of Cloak and Dagger. Psychic Aunt’s story is that these are two “divine powers” that appear at key points in history, but, alas, in every time period, “One lives, one dies.”  Yeah, in case we worried that Happily Ever After would come too quickly for our angst-ridden protagonists.

One nice bit that comes into play is the presence of krewes (Ty’s dad belonged to one) and the regalia. Of course, this is now Ty chooses his costume, an unfinished cloak that was his brother’s. Still, it’s nice to see the fellowship of black men, and the sense of history and continuity, however lightly it’s addressed. 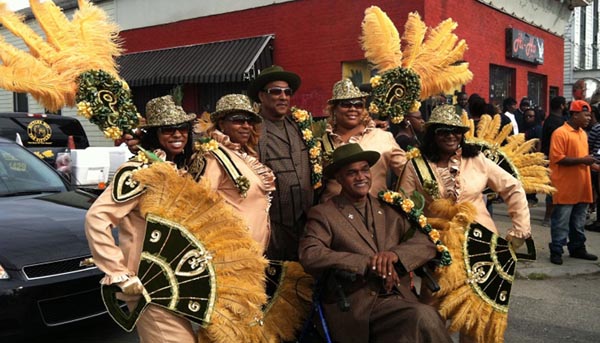 The writing is uneven but improving. I have to say, as a use of “magic” in a story that is trying to balance science/engineering with ancient magical power, the use of a cookie in a specific episode is nothing short of inspired. If only the entire show rose to that level. 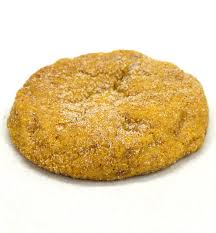 Is there an Emmy for Best Use of a snickerdoodle? Because this show deserves one.

On the down side, the introduction of aggressive zombified folks (not spiritual zombies, the other kind) late in the season was a disappointment. This is to introduce the threat the evil corporation is hiding, but… zombies? Really? And in NOLA, you guys?

The show is fun but not brilliant. I think it’s worth watching for some of the performances. Don’t get too attached to the magic, because it doesn’t hold up to scrutiny.

This entry was posted in Television Tuesday, TV Shows. Bookmark the permalink.