August 2-4, 2018 was the Mendocino Coast Writers Conference. I’ve attended it for the last five  consecutive years, so I’m a regular.

People who know me well assume that when I’m in a place that has crows or ravens, I will photograph them. And I did. I photographed mostly ravens, but I didn’t photograph only ravens, and this post will provide photographic evidence.

After I got settled in my suite I drove north to the Mendocino Coast Botanical Garden. 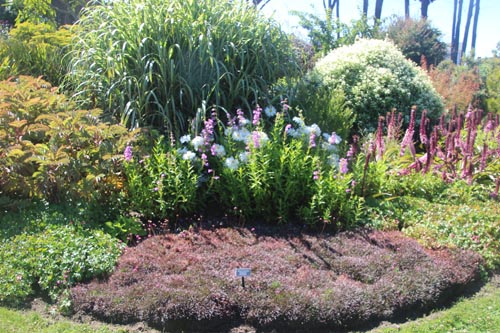 One view of the heather garden. 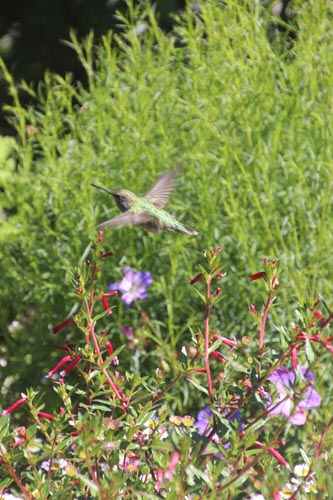 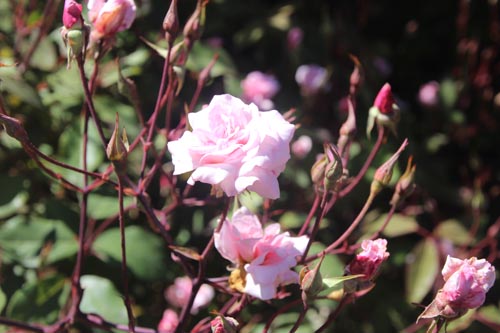 In the rose garden. 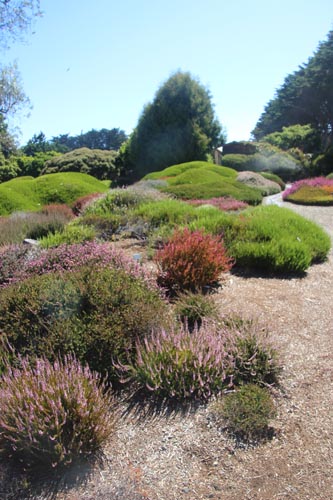 Another view of the blooming heather. 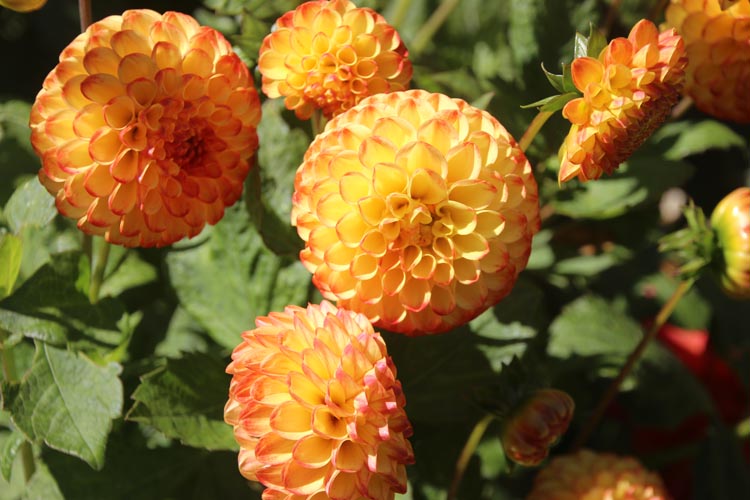 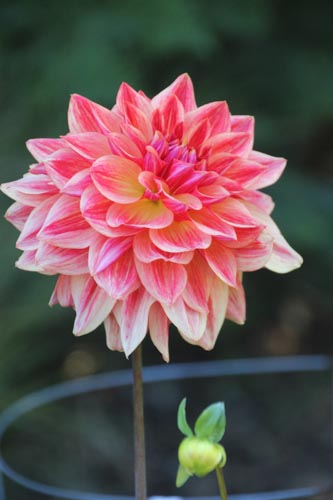 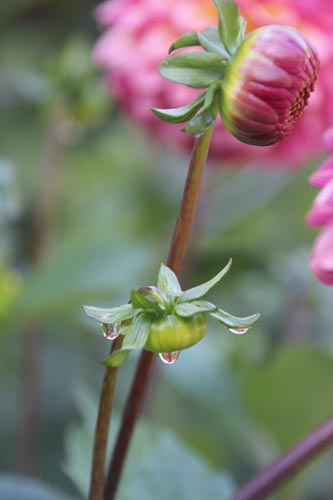 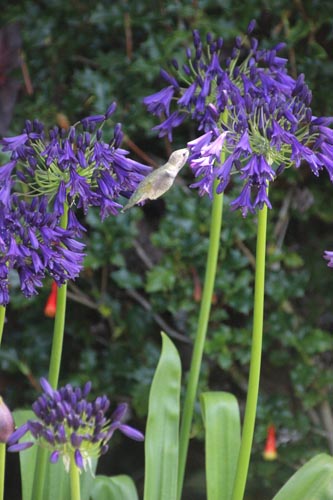 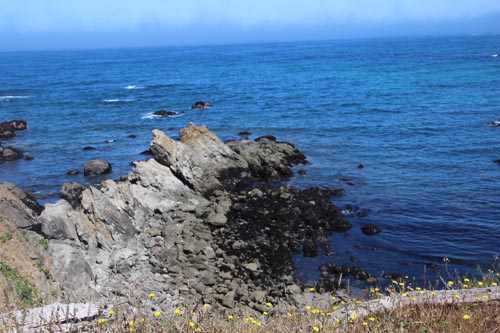 The ocean, just past the forest part of the Garden. 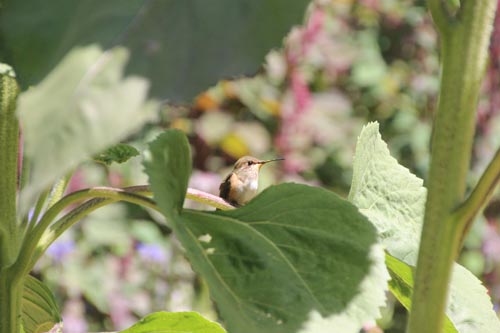 Hummingbird at rest in the vegetable garden, which provides produce for the homeless shelters on the coast.

There are several varieties of sparrow in the area. I think this is a Nuttall’s sparrow but it could also be a white-crowned. 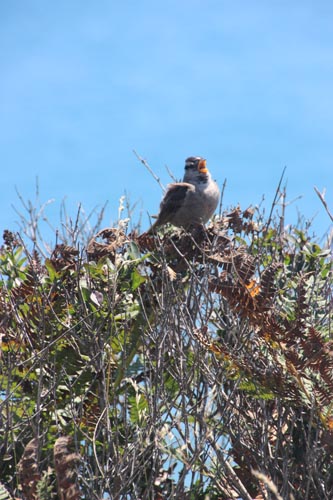 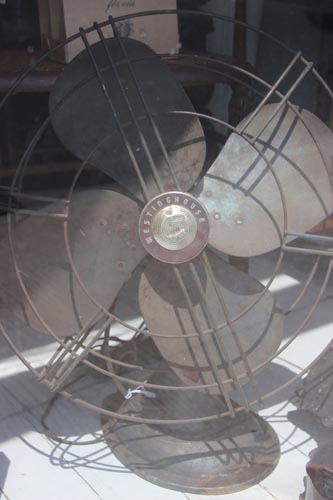 Rare Westinghouse gray  fan. Once common throughout the continental USA, it is now usually found in antique shops.

The colony of ravens lives in the Mendocino village and it’s an understatement to say they are unafraid of humans. These are wild birds and they won’t come eat out of your hand, but they won’t be a big hurry to fly away and they certainly associate humans with food. 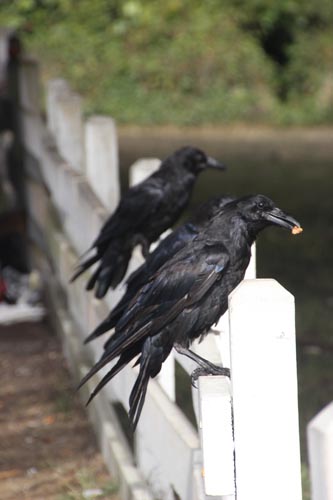 Gleeful crows finds some hazelnuts I left for them. 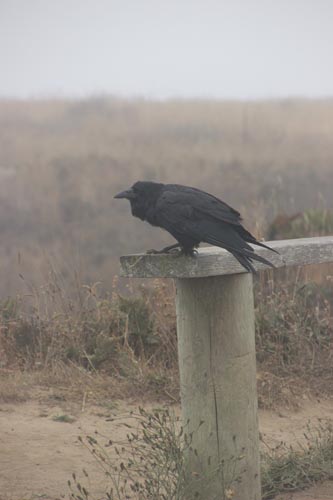 Raven in the mist. 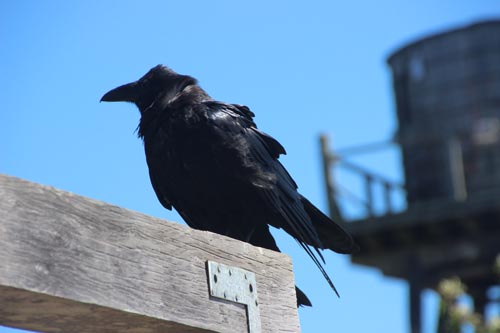 This entry was posted in View from the Road and tagged Heather, Mendocino, Mendocino Coast Botanical Garden, Ravens. Bookmark the permalink.