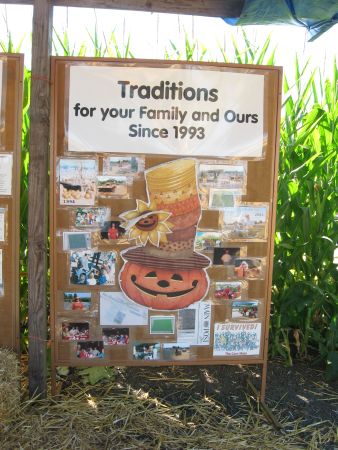 I had a bad week at work last week, so on Friday I put in for half a day’s vacation time, and gave my inner child a play-date.  The Sig-O and I went to the Petaluma Pumpkin Patch and the corn maze.

If I had been by myself I would still be forlornly wandering the loops of eight-foot-high stalks, but I was the Sig-O, former Boy Scout, scout leader, Explorer and orienteer.  Oh, and he had the map.  Even with the map, this year’s maze was difficult.  Once you made your way to the north end of the maze, the trail took you back almost to the entrance, and then  you veered left to complete almost an identical set of loops and turns as you had done first.

“It’s like a mirror image,” the Sig-O said, holding the map.  I peered around his shoulder.

“It looks like the two sides of the brain,” I said.

He gave me a sideways glance.  “Yes, or a mirror image.” 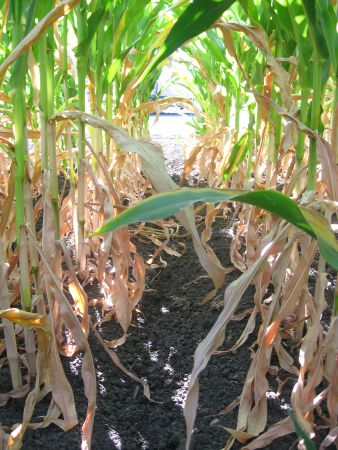 After we escaped from the maze we went back to the entry booth to ask the two women there how the maze designer does it.  Does he use graph paper?  Does he download designs from the internet?

One of the woman was the wife of the maze builder.  “Jim does it in his head,” she said.  “He goes out then the corn is a few inches high, and walks around the field, and gets the idea.” 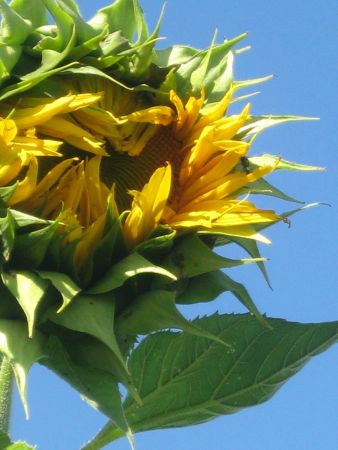 The pumpkin patch and the corn maze grow in the adobe soil Petaluma is famous for.  Adobe; good for making bricks, difficult to grow in.  Jim, the maze builder, roto-tills his field at least once.  The pumpkins, though, looked like they were growing on a field of clinker lava, or on Mars. 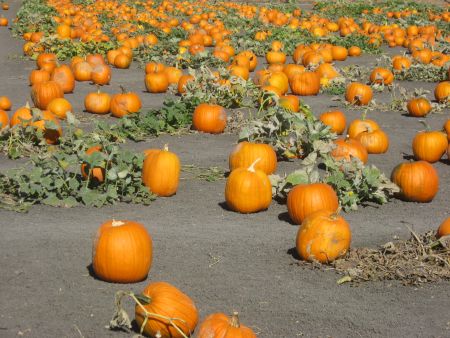 They have been building the corn maze since 1993.  In California terms, that’s an eternity.  In California, if a building that was there when you were in high school is still there, it practically qualifies for historical landmark status.

This year’s maze had four hubs.  Hubs are what make a maze challenging, and Jim knows his hubs.  They’re intersections where more than four paths come together.  Filled with oblique angles, they make it difficult to know whether you should make a hard left or merely veer left in order to get where you want to be.  We kept finding broken bits of corn ears as people left markers.  I started making little markers with discarded husks and adobe clods for the same reason; so we’d know if we’d been there before.  Is that an instinctual human response? 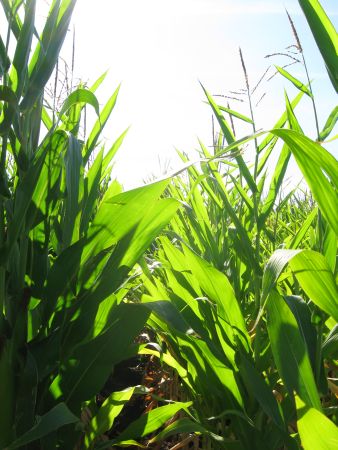 Two women in their late twenties emerged from behind us at one point.  They had entered the maze before us.  “We’re staying with them!  They have a map!” they said, but they were adventurous types and ranged ahead on their own.  We saw them about four more times.  We also saw two teenaged girls who had been ahead of us most of the time.  They did not have a map, but they had a system, and they made it out before us.  When we made it out, we went to look at the animals; a calf, some goats and pigs, a horse.  They all had tarp shelters, water and plenty of food, but they looked a little bored.  The calf wanted to be petted and then decided that eating my sleeve would be a good idea, pulling at it with its raspy tongue.  Then we went to look at the pumpkins and the sunflowers.  While we were standing and talking, the two twenty-somethings joined us.  “We made it out!” they said.  “You got out ahead of us, though.  How long have you been out?”

I was nice and said, “Oh, a few minutes.”  I didn’t want to tell them it had been closer to twenty. 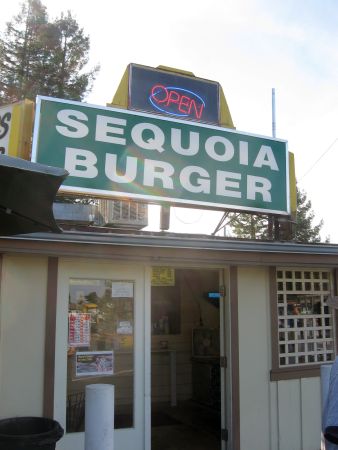 After we saw the sights, we stopped at Sequoia Burgers on Highway 116 for a late lunch/early dinner.  It’s a burger stand.  No goat cheese and arugula burritos, just burgers and dogs, fries and milk shakes.  It’s been there as long as the Sig-O can remember and he grew up in this town.  Now that’s a tradition.

One Response to A Tradition Since 1993