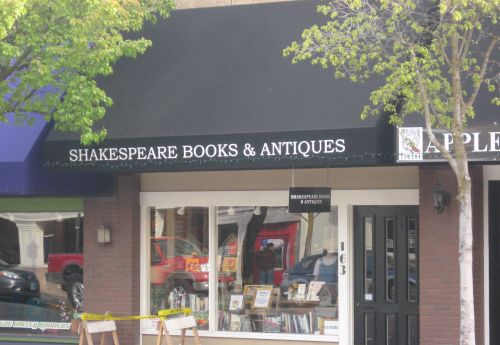 Shakespeare Books and Antiques used to be up the hill, about a block off Main Street, in a long narrow space. I don’t remember it having a lot of windows.  Now she is in a shop on Main Street, a big, square well-lit place filled with books, old toys, paintings, prints and photos, serving dishes, trays, cases of jewelry, statuettes and magazines.

I found a slim book of poems by TS Eliot, including The Wasteland and bought it.  Why?  Well, it was only four dollars, for one thing.  And The Wasteland is one of the most powerful and intriguing poems written in the last hundred years.  So that’s why.

The proprietor has a century-old cash register.  She grabbed another customer and let/made her ring me up on this beautiful, intricate machine.  If you wonder why some people like steam punk, drive or fly to Ashland and look at this non-electrical machine.  As a bonus, she flipped up the richly decorated cover to show a little window where the totals are kept.  Below this little gauge, the surface was blackened with carbon.  “This was before electricity,” she said.  “And at the end of the day, the shopkeeper had to write down the total from here.”  She tapped the carbon stains. “So they’d strike a match.”  She pointed to the other side, where there were a few streaks of black.  “And these marks over here must have been from—“

“Left-handed clerks,” the other customer and I said in unison.  Because, it turned out, we were both left handed. 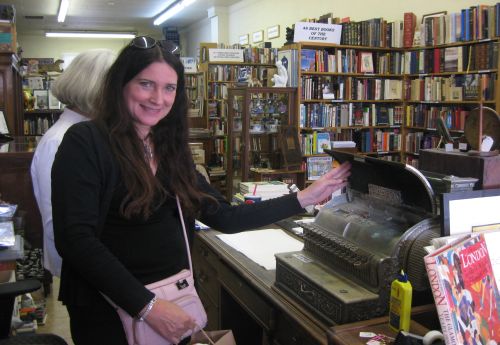