8 Reasons Why the Handcar Regatta Rocks 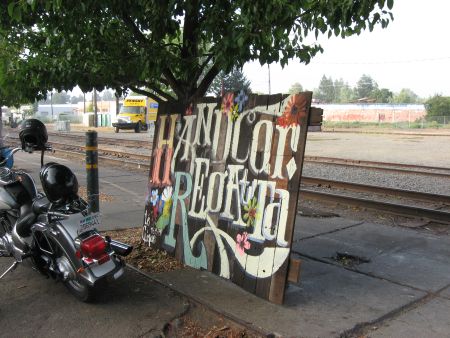 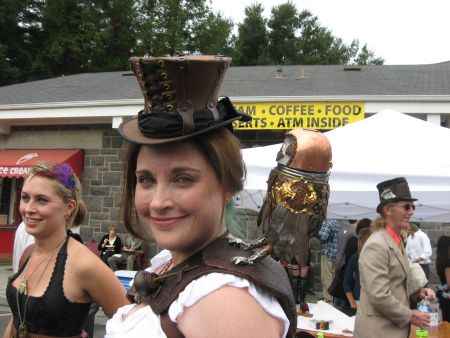 7. It’s hard to go wrong. Doctor Who fans will glare and sniff if you confess that you can’t remember if Sarah Jane came before or after Rose Tyler. Steampunkers won’t care. Costume-wise, a poodle skirt and penny loafers would be a hard sell (unless you were with someone dressed as HG Wells) but other than that, you can make an argument for almost anything. Victorian lady and gentleman? Check. Dance-hall girl? Check. African Explorer? Check. Egyptian priest and priestess? Check. Space Alien?  Sure. 1920s flapper?  Why not. Mad scientist? Mildly irritated scientist? Spiritualistic medium? Vampire? Zombie? Or how about a mix-n-match—safari pantaloons, bodice and vest, long-barrelled brass steam-powered handgun and a crystal orb for channeling psychic energies? It’s all good. 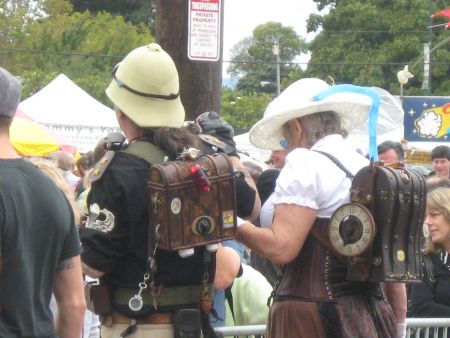 6. Clockwork. Digital is great and everything, but admit it—watch innards fascinate you, don’t they? Cogs and toothed gears that interconnect create this powerful, comforting illusion that we can understand how the world works—not like that quantum stuff. Plus, they just look neat. Steampunk recycles dead watches into jewelry and accessories better than anybody. 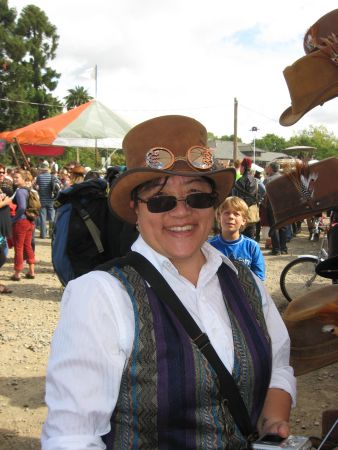 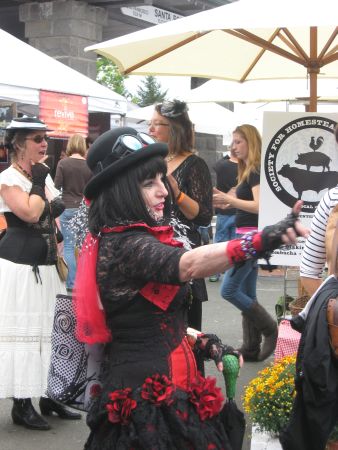 4. Victorian hotels. There is no reason to stay at an expensive Victorian hotel seven miles from your house unless you are going to dress up in a costume that includes painful footwear, and you don’t want to have to park a mile away. Thank you, Handcar Regatta, for giving me an excuse to stay at the Hotel La Rose. 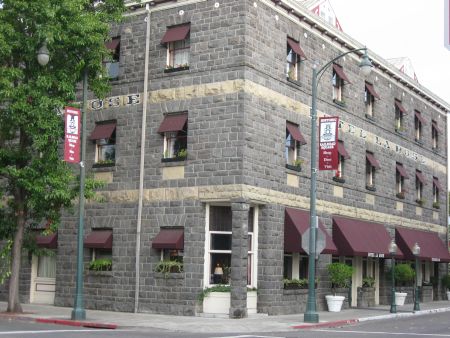 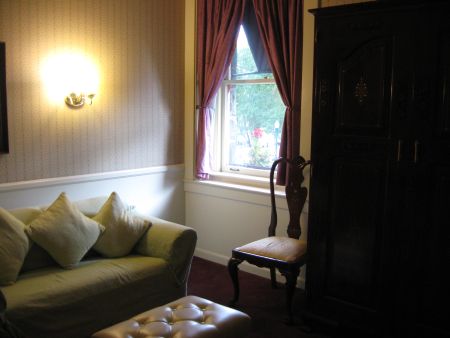 3 .Economic stimulus. This event pulls in $60,000 a year in spending, mostly for the merchants of Santa Rosa’s recession-strapped downtown. At Chevy’s, for instance, a franchise Mexican restaurant in Railroad Square, they are about ready to erect a statue to the event. Margarita sales alone put them in the black for that day. This sounds trivial. It isn’t. The last two years, the Regatta has coincided with the Annual Book Fair. These two events, over a weekend, have filled local hotels and restaurants, wine bars, antique stores  and specialty shops. 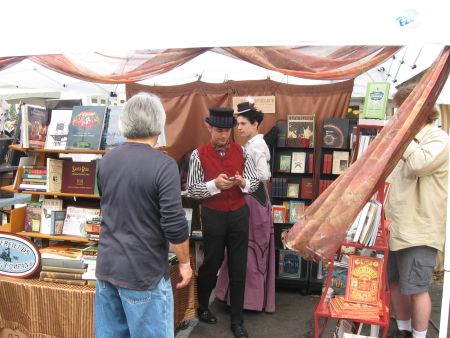 2. Music. A guitar made from a shovel, Celtic music, enthusiastic gypsy fiddles and accordions, Americana, a capella  and more. 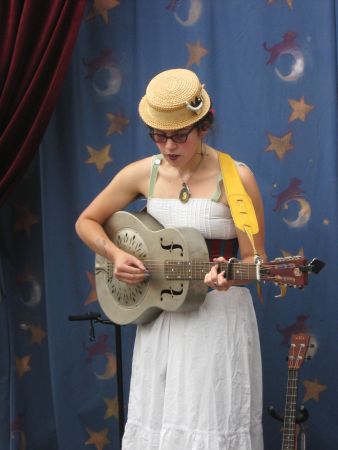 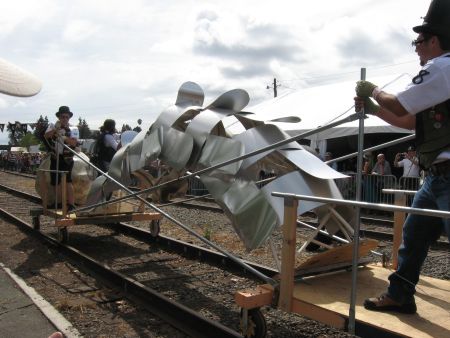 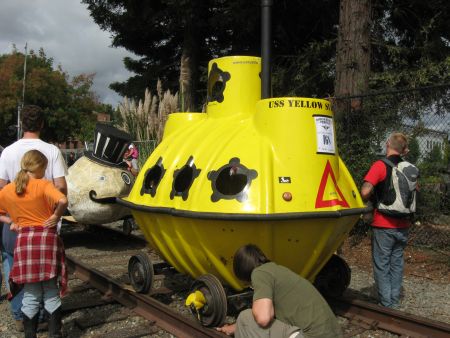 3 Responses to 8 Reasons Why the Handcar Regatta Rocks