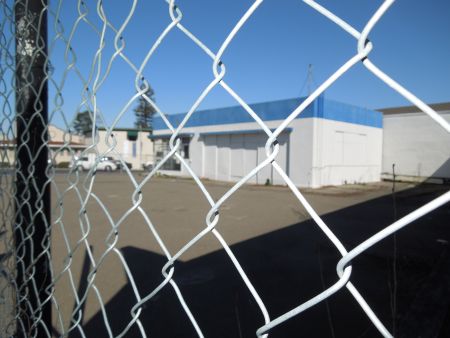 Pellini’s Chevrolet was a mainstay of this town for decades, but it closed about two years ago, a victim of the recession and retirements. The parcel sits on the corner of Bodega Avenue (Highway 12) and Petaluma Avenue, which is the northbound one-way artery through town. Main Street (Highway 116) is the southbound one.

Armstrong Development has submitted plans to redevelop the parcel and turn it into a large CVS superstore, with a drive-through pharmacy, and a Chase Bank. The CVS north of town, in the Redwood Village mall, would close. The developer’s original design didn’t pass the town’s design review, but they appealed and won the appeal. Now the city council has pulled the plug on the project again, kicking the design back for a third time. They are saying that they want fewer parking spaces (yes, that’s right – ask a retailer to provide less parking) and that they’ve “approved everything else.” The developer has yet to come back with a decision. 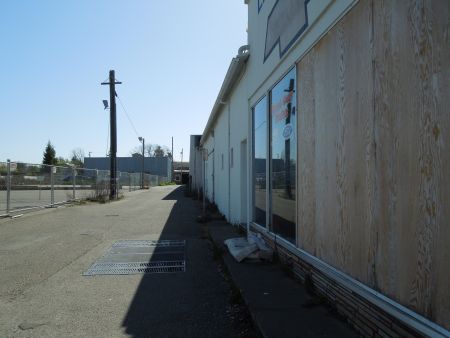 I’m usually not a fan of development, especially when the developers want to chop down trees, pave over streams, or plow up greenbelt. I don’t have too much trouble with developing urban parcels that are already built on, though, and I don’t understand what the city council’s problem is, except that our city council is justly notorious for jerking around developers.

There are a few groups who are vocally opposed to this project. Committee for Small Town Sebastopol, is one, and one of them is Occupy Sebastopol. Reasons range from the practical to the incoherent.  Here are some:

A large retail store will increase traffic congestion.  This is true, and the city should be prepared to deal with it.

A large retail store doesn’t match Sebastopol’s “Main Street Character.” This is Committee for Small Town Sebastopol’s argument, and it just doesn’t hold up very well.  Pellini’s is on the westbound approach into town. On the same stretch of road currently we have the following small-town-type businesses; a liquor store, a tire store, a mate processing plant, an auto parts store, a Goodwill, and a tattoo parlor. This is Main Street character?  Oh, and right now, an empty car dealership, broken windows covered with plywood, already attracting graffiti. 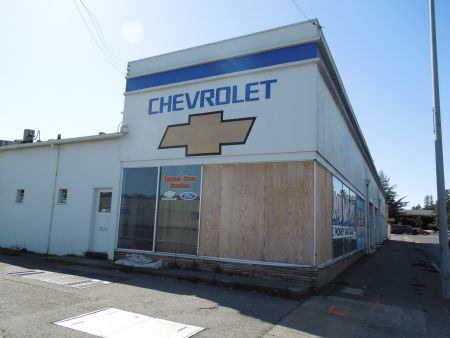 We want something else.  Well, of course we do. Even I do. If I had my choice, I’d love to see a combination performing arts center, gallery, used bookstore, cute little café, preferably with a courtyard or a pocket park, with a fountain where the town’s herd of unicorns could come to drink at dusk. Unfortunately, this particular complex is unlikely to happen (and the unicorns are not the unlikeliest factor in that scenario). Is the city going to offer tax credits and breaks to other syndicates to develop something more like what some of us want? If they are, I have to ask, “With what revenue?” 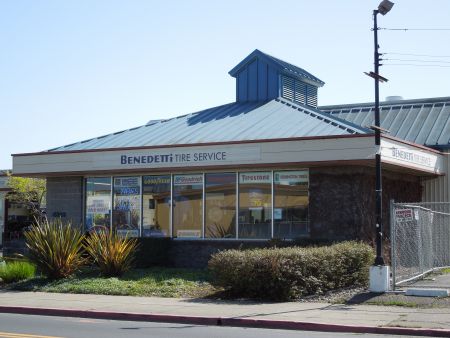 We hate Chase. This appears to be Occupy Sebastopol’s argument, or one of them at least. I can say with confidence that I’ve spoken to one-third of Occupy Sebastopol, and he doesn’t like Chase Bank because they were one of the architects of the economic meltdown. Chase already has a bank in town though, and all they would be doing is moving their existing one. So, are we proving anything? 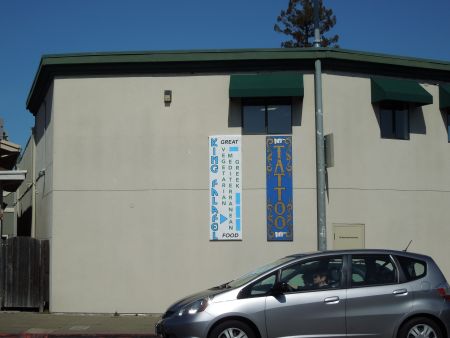 I have concerns about the project. I drive past that building every day on my way to work, and traffic is already bad. Traffic is a real risk of the project and should be addressed by the city council.  I don’t like the idea of another big empty retail space north of town, attracting graffiti and crime. What will the current CVS space be used for, if they relocate? And I think all these issues could be addressed if we had a city council who knew how to do its job.

The real issue, to me, is that our city council never knows what it wants. They want to create jobs; they want to invite businesses, except when they don’t. They want “Main Street” businesses in downtown, but the local bookstore closed its used book annex because they couldn’t afford the new rent, and storefronts sit empty on the actual Main Street for a year at a time.  Armstrong Developers may decide to walk away from this project. With our little city, there is no guarantee that if they do what’s being asked now, that will be end of it. There’s nothing stopping the city council from demanding the president of Armstrong Developers stand on his head while singing the  theme song from “the Sopranos,” before they approve the project. If they approve it. Ever.

In the meantime, the building sits empty, surrounded by a chain-link fence. Nothing says “Wclcome to Town” like a derelict building.