Saturday on the Riverpond; Part I 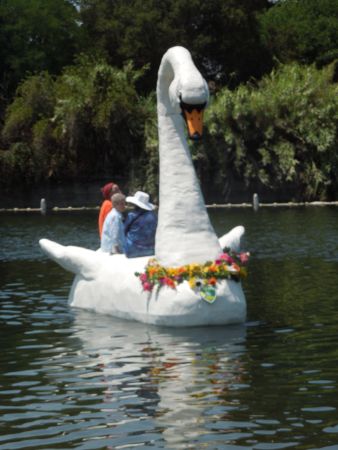 There was a group that had scheduled to ride the swan at the water carnival, but it had room for one more person, so they slipped me on. One passenger was a blue-eyed moppet about three years old. She picked and chose among the life jackets until she found one that was not only blue, but blue with orange piping, somewhat matching her mother’s dress. When the grownups were saying that we wished we had binoculars, she curved her hands around her eyes and said, “I made binoculars!” As we drifted between the two bridges, she said, “Is this a pond?”

We agreed that’s probably what it was. 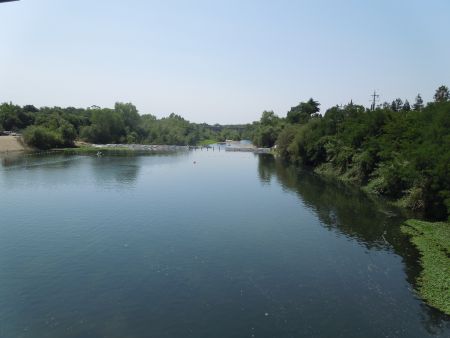 This is the second – or first annual – Healdsburg Water Carnival. The inaugural event last year raised money for the retrofitting of the old railroad bridge. This year the funds went to the Regional Park Foundation. The carnival is held at Veterans Memorial Beach, on Old Redwood Highway. It opened with a boat parade.

The swan, created by Regional Parks, is a replica of an old swan float that opened water carnivals in the 1900s and 19-teens. The current boat has a wooden base, with a body of carved polystyrene covered with fiberglass. It is driven by a trolling motor. 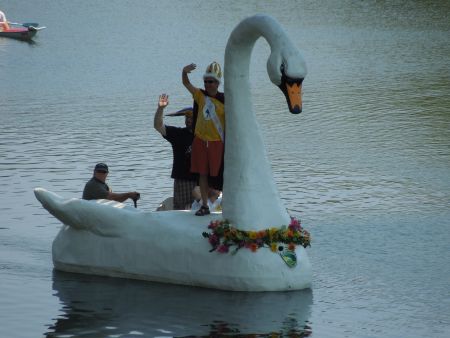 The swan opened the parade, bearing Mr. Healdsburg downstream as he waved to his adoring fans. Most of the boat platforms are wood, mounted on two canoes, which were lent to the event by River’s Edge Canoe and Kayaking, right across the highway. There were a couple of exceptions, particularly the Russian River Peace Navy, which used a mermaid-powered Zodiac for its base.

The pirate queen is the current chairwoman of the Board of Supervisors, Shirlee Zane. 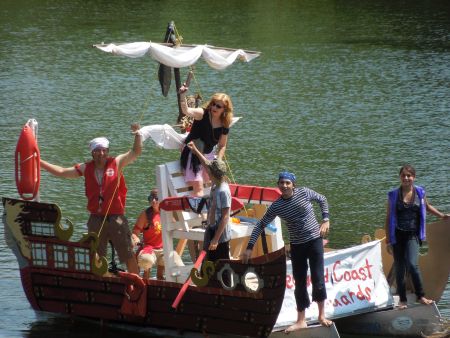 The Healdsburg Tribune, the town’s local weekly newspaper, entered this Nikon entry. The Trib has been around since 1865, according to its website. 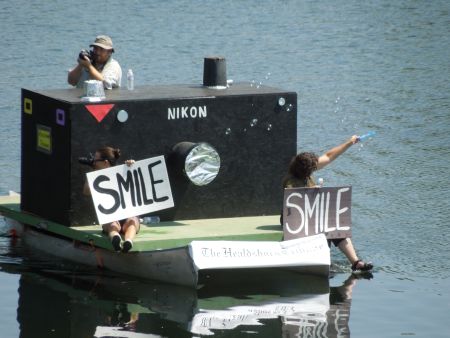 The tiki hut was a charming entry and its riders were friendly and bubbling with enthusiasm. They were not so good at steering, which created a few traffic jams, particularly with the lifeguards’ pirate ship.

Cowzilla was helmed by the first district Supervisor, Mike McGuire. Or, as a lady standing behind me said to her friend, “That’s McGuire. He’s our, um, he’s that, um… we elected him.” 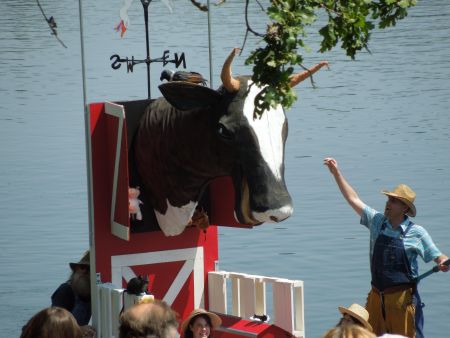 McGuire, who used to host a radio show, also kicked off the event. He is a lively public speaker. 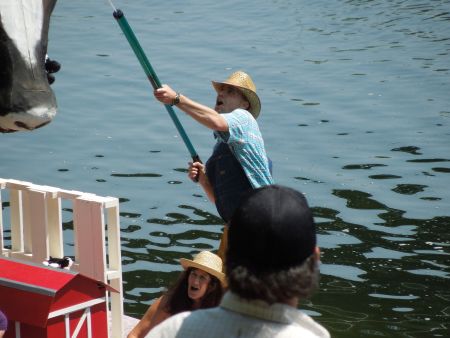 There were two bike themed boats, and this is one of them. I could not get good pictures of the other. 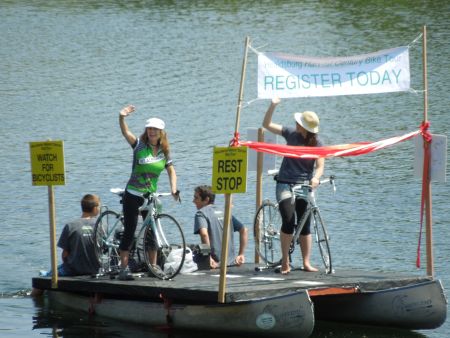 The firefighters worked hard to squirt the people on the railroad bridge, but they couldn’t quite make it. 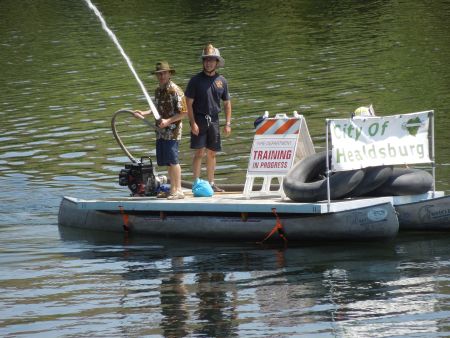 Russian Riverkeepers encouraged people to participate in the kayak races. Riverkeepers and River Cleanup are two groups that work to reduce pollution, and educate people about the river and its riparian areas. 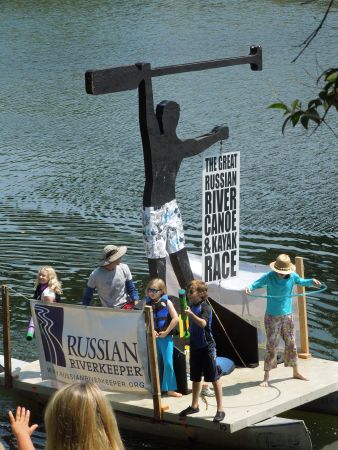 I don’t what exactly what the Russian River Peace Navy does, but it had two of the hardest-working mermaids ever on its boat. 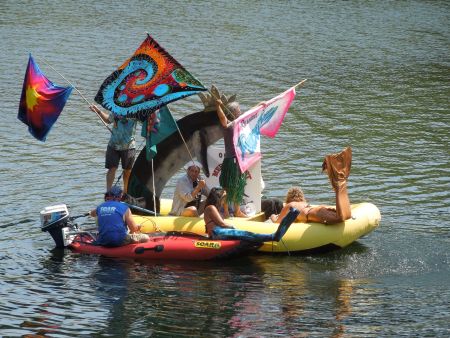 There was also this beautiful young woman. The carnival queen? The river princess?  I don’t know. After the boats passed the viewing areas, I joined the other trooping across the bridge, and visited the booths and tables. 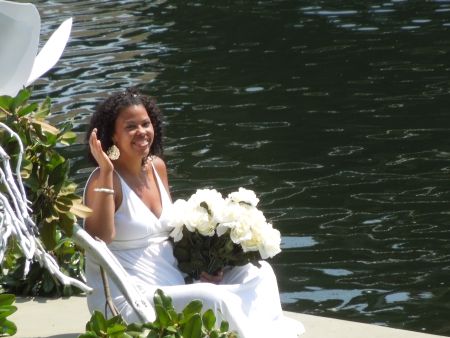