David Corbett and the Art of Character 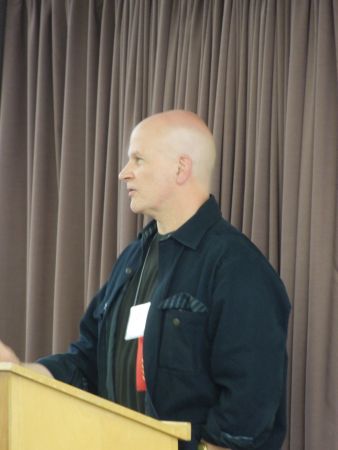 David Corbett opened each of the first two sessions with an Irish joke. He can tell them, because he’s of Irish descent. He ran his class in what I would call a loose Clarion manner. The participants got to speak, the writer was not to speak until everyone was done (except the writer could answer direct questions). Two other faculty members, Elizabeth Pomoda and Stacey Jay sat in for about the first hour. Later, David said that Elizabeth lectured him a bit about that – he should be doing most of the talking, she said. We told him she was wrong.
I think he probably did do most of the talking, but largely he directed the rest of us by asking pointed and leading questions. He talks by comparing works to other work, to classics, Greek tragedies and movies. Lots of movies. Crime writers and movies… what it that?

On Saturday, Michaela was talking about her YA fantasy novel. Michaela is from Italy and she has a smoky voice with a rich Italian accent. Her story has some Harry-Potterish elements; we were warning her about that, especially the school to which the magical protagonist will go. Ditch the school, we said. “Ahh, but ze school, it is zoh cohool,” she said. So cool. 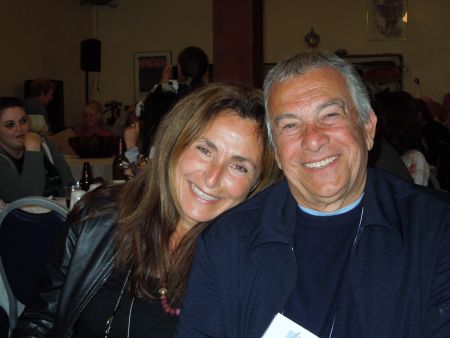 “I could listen to you say, ‘zoh cohool’ all day,” Corbett said. Everyone laughed, including Michaela. Then, having teased us, she casually let slip how her magic school was different from Hogwarts, and it was.

Corbett titled his workshop “Character is the Engine of the Novel,” so plainly his focus is on character. He has an acute eye for a work’s strength’s as well as its weaknesses, and, in determining in what order we discussed the work he broke the pieces up into “themes.” The first day we looked at pieces with alternating points of view, except for Sue’s which was first person, present tense. Because of Sue’s excellent pacing, the dark mood of the piece and the subject matter (a missing child) the present tense and first person lent both an immediacy and dramatic tension to her chapter. We looked at hers last that day and David led us up to that realization without even making it look obvious. 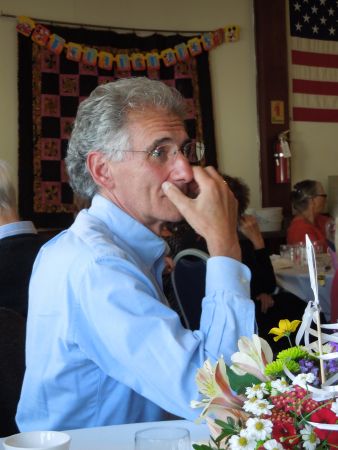 That’s Lawrence, who is writing a murder mystery set in a San Francisco Hospital where a complementary medicine trial using Feng Shui is in progress.

On Saturday, the last day, it was plain that Terry’s was going to be last. On the break, Corbett went over to her, touched her arm and said something. He was quiet, but I knew it was about her piece and going last, and Terry said, “Oh, well, if you put that way, sure.” He knew she had to be feeling tense and also a little bit left out, and he clearly chose to say something that put his choice in a positive light – deservedly so, since Terry’s piece is pretty polished.

The group was pretty free-wheeling. Don and I debated the use of sentence fragments. A retired English teacher, he hates sentence fragments and is unwilling to let a writer use the language the way he/she wants to tell the story. I am a big proponent of sentence fragments if they are in the POV of a character who thinks that way. Similarly, even though we both write science fiction, we approach world building very differently. The opening of his philosophical novel “zooms” camera-style between close third person objective and the “thirty-thousand foot view” where he describes his world and his society. I throw the reader right into a different world, in close third person.

Discussions did drift off-course a few times and Corbett would say, “We’re in the deep end of the pool.” He would hold up his hand and say, “Ba-ba-ba-ah-ah,” when the writer of a piece would try to speak out of turn. He talked about Chinatown a lot (his afternoon session was spent deconstruction a scene from Streetcar Named Desire, and one from Chinatown).

He has a book coming out in January, from Penguin, called The Art of Character, which I will have to look up and buy.