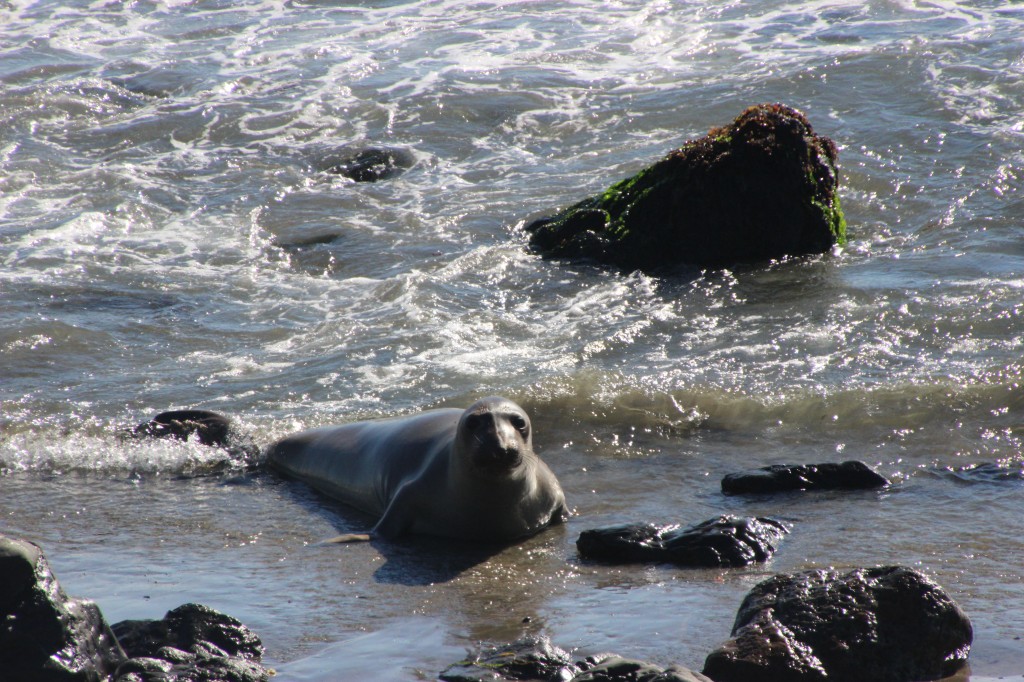 An elephant seal cow spends most of her adult life (they live about twenty years) pregnant or nursing. When a cow gives birth, the newborn weights about 65 pounds. She nurses it until it reaches about 300 pounds.  During this time, she loses about one-third of her body weight. When the “weanling” pup reaches 300-ish, she mates with the dominant male and then goes back into the water to start her 2500 mile migration south. Along the way, all the beta males who didn’t get a look-in during mating season are going, “Hey, baby! You lookin’ fine!” and “You want summa this?” And “Did it hurt? When you fell from heaven?” 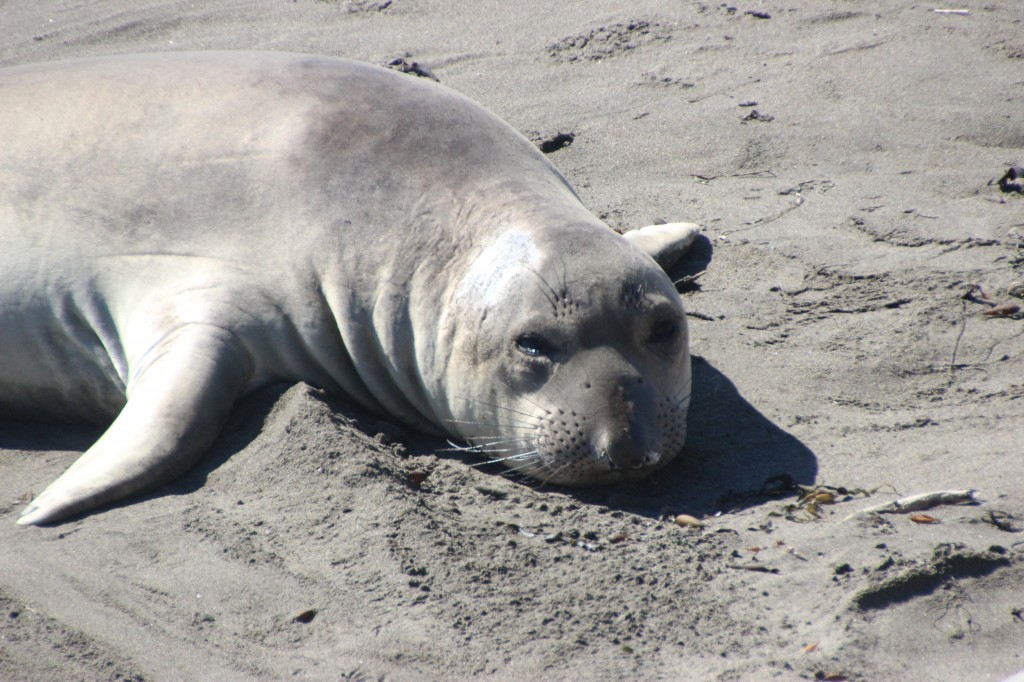 This, along with unconscious bias, is probably why very few of the famous a capella-grunting elephant seal tone poems are composed by cows. 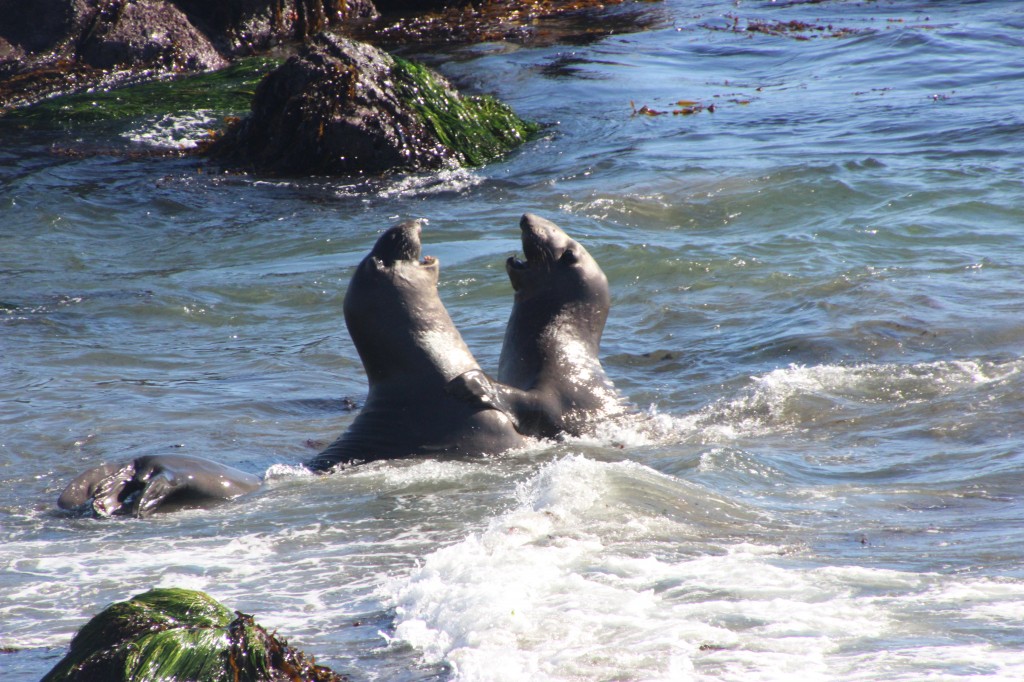 It’s cool to be an alpha male. Yessiree. At about five years old, you turn on all the guys you hung out with as a kid, and fight until one or the other of you loses. You win. Dripping blood from the numerous bites and tears, you have sex with somewhere between ten to forty females. From then on, all those loser males you beat up come slithering up the beach with bottles of wine, going “Hellloooo, Laydeez,” every time you go into the water for five minutes to grab a snack. You lose half your body weight by the time migration rolls around. Of course, you’re sixteen feet long and weigh 1200 pounds, but still. So you beat up the neighborhood and had high-volume sex (I was going to write, “had great sex,” but how do we know that?). You get horribly run down, try to swim 2500 miles, and probably you die. 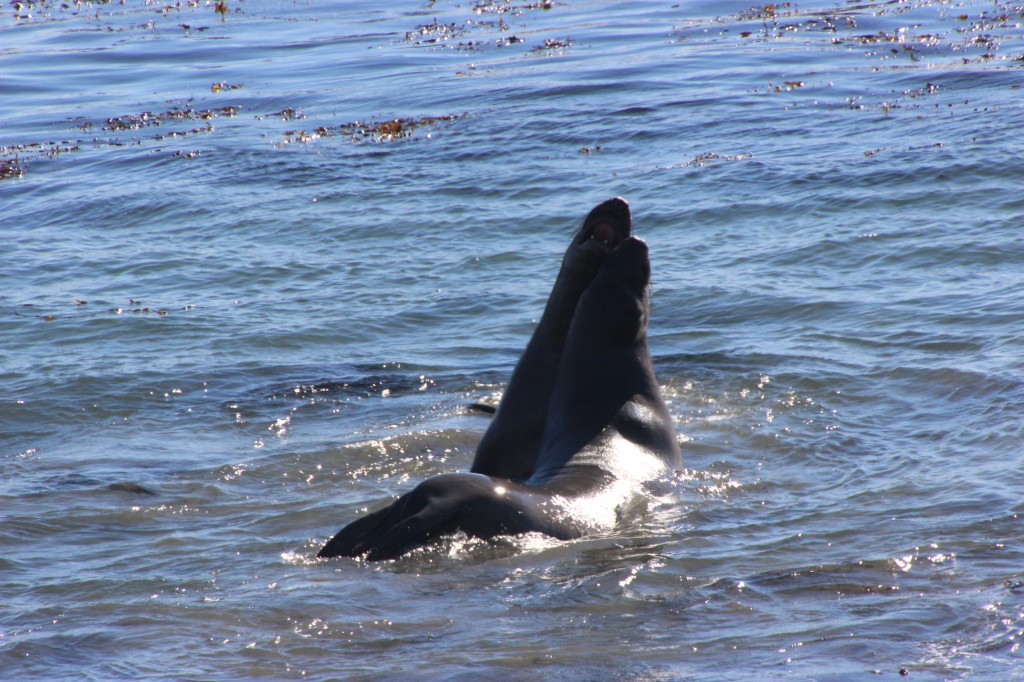 On the other hand, by the standards set by elephant seals (mate or get out) ninety percent of seal bulls are just big old losers. 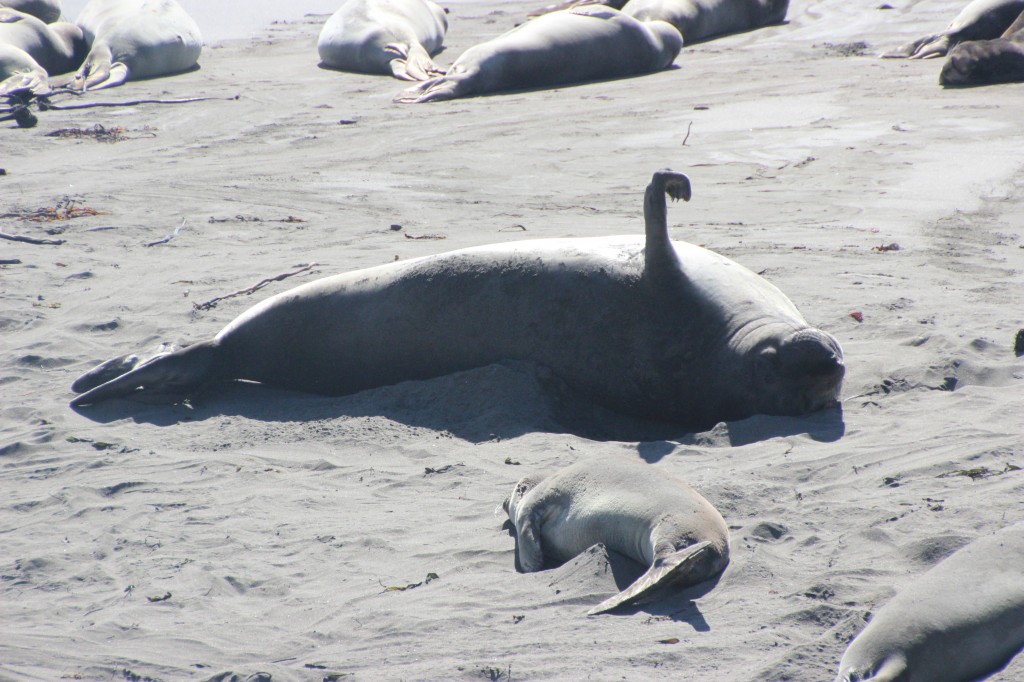 Is there anything good for anyone in this existence? Well, you do get to lie on the warm sand, in the sun, for hours and days at a time. That’s got to count for something.