“What’s extraordinarily beautiful in the garden right now?” I asked the volunteer at the counter of the Mendocino Coast Botanical Garden. 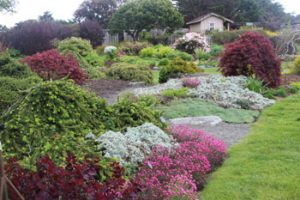 Front lawn of the Garden 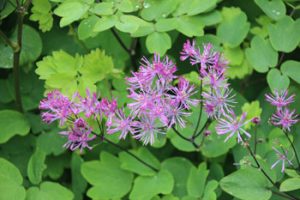 A moment later she relented and said the rhododendrons were looking stunning right now. She was right. 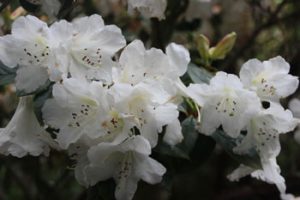 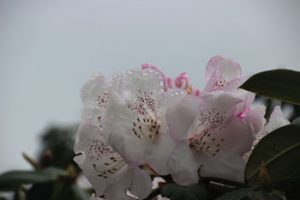 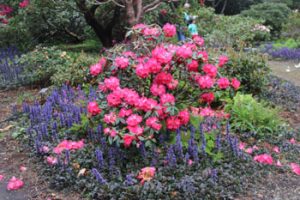 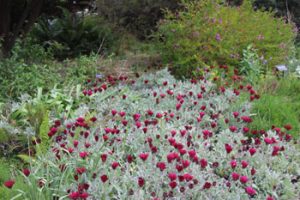 The town of Mendocino was filled with adolescent ravens, noisy, energetic and slightly awkward. They clustered in the minor grove of eucalyptus at the intersection of Lansing and Main Street. They perched on the roof of the Mendocino Café and Moody’s Coffee. As fast and eager as they were to pounce on the peanuts I threw, they would squawk and hop away when an elder appeared to claim the treat. 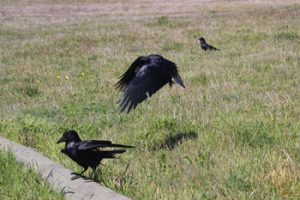 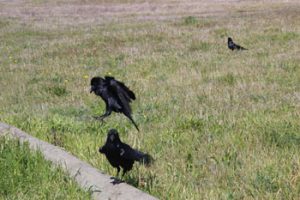 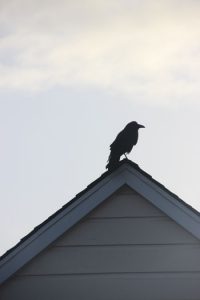 Raven on Mendocino Cafe waiting for a peanut. 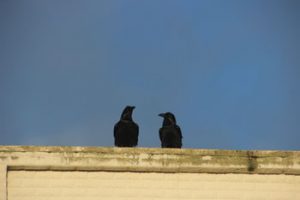 These two seemed to be waiting for someone to come feed them. No such luck. 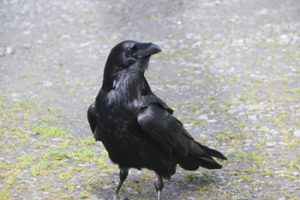 On the point at the western end of the town, sticking out into the Pacific Ocean, warblers gather to give birdcalls in the morning. I heard one every five or six feet, claiming its territory. 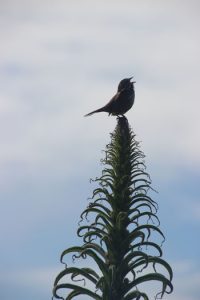 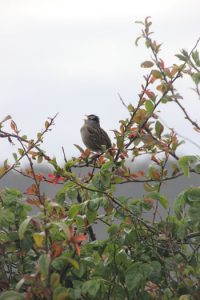 This entry was posted in Photo album, View from the Road. Bookmark the permalink.