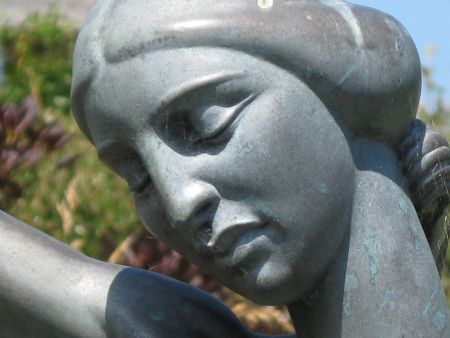 (Note:  Pictures do not match the text, unless they do.)

There is a stuffed Canadian goose looking down on us from above one of the tall cabinets in the art studio room where we are meeting.

John Defresne has gray-yellow hair hanging around his face, hazel eyes, and a silver earring in one ear.  He’s wearing blue and red plaid.  Right now, he lives in Miami, teaches, and owes his editor a book which he has promised her he’ll have done in September. 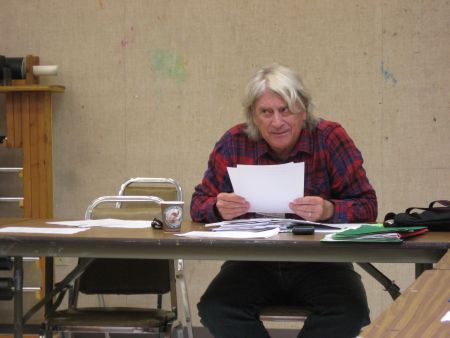 Heather is a published author and successful actress from Canadawho has written a seductive, tragic and funny piece about a shattered family in the immediate aftermath of the death of the matriarch.  She has perfectly dyed, perfectly coiffed  short dark red-brown hair.

We have two chapters of novels set in Antarctica, both set in the future, if wildly different futures.  I should be surprised by this, but I’m not.  Writers’ conferences somehow breed synchronicity—or, maybe it’s simpler than that.  Maybe selection juries select for synchronicity.

Alicia looks like she could have modeled for one of the Old Masters for some truly virtuous religious artwork, like the Virgin Mary or some famous martyr.  She has brown hair carelessly draped over one shoulder, a long face with high cheekbones.  Her first chapter is from a relationship novel. 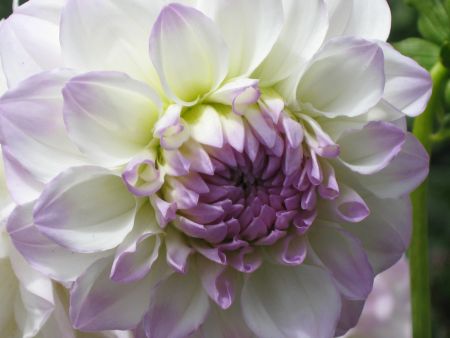 Norman is writing a futuristic novel set in (yes, that’s right!) Antarctica.  He is a doctor.  There is a definite link between doctors and science fiction.

My Chapter One is urban fantasy.  Defresne informs me that in the south, “urban” means “black.”  I try not to roll my eyes.  I provided a definition of urban fantasy in my synopsis, but independent guy that he is, Defresne looked it up himself and reads aloud the definition to the class.  It’s similar to mine—mine was shorter.

I should say that my chapter is a prose masterpiece, expertly written with compelling characters, deft use of physical details that cement the setting, brilliant dialogue, clever creation of suspense to create a slowly rising tension.  There are only one or two little problems with it.  Defresne goes right to them.  Actually, they’re not so much problems with the chapter as they are problems with the whole book.  Defresne susses this out in about a minute and a half.  “Who is your central character?” he says, looking at me.  “You need to know who your central character is, whose story you’re telling.”

The previous night at dinner, I told Donna that I was thinking of bagging the book.  It just had no energy.  I knew where it was going, but it’s a by-the-numbers plot and I still really didn’t know whose story it was.  The way I described it to myself, in my head, was that Bronwyn was such a strong character that she was skewing the plot.

I signed up for an agent consultation last month when I registered.  On my trip up I looked through the materials, and remembered that this agent doesn’t represent fantasy (or mystery either, according to other people at the conference).  While it’s always nice to talk to people, I debated the value of meeting for twenty minutes with an agent who is not interesting in representing what I am writing.

On the way up toFortBragg, I had not stopped at the Botanical Garden.  I decide to cancel my consult, take the afternoon off and go hang out in the garden.  After Defresne’s class ends, I go to the registration desk and say I want to cancel.

“Why?” the staff person barks at me.  Hey, it’s my dollar, I’ll cancel if I want to!  Of course, I don’t say that.  I say that she doesn’t represent fantasy.  They draw a line through my name.

I go the Botanical Garden and take several hundred pictures. 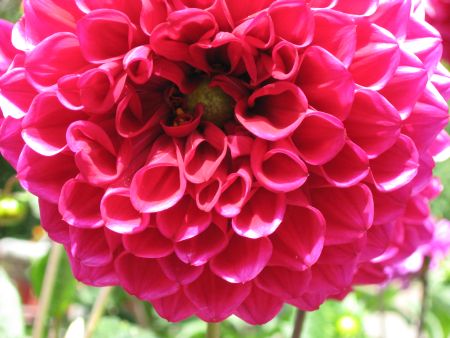 In my head I make the argument for bagging the book. It’s been giving me trouble for a while now.  It’s either that, or tear it down to the foundation and start over—which is probably the more likely option.  My villain and my wizard character, who has been hanging around waiting for something to do, need to have known each other in the past.  The battle has to be more personal.  And, that’s a lot of work.

It’s about three o’clock.  I hadn’t planned on heading back to the conference, but I think that maybe I will connect with one other conference-goer.  Teri and I had talked about doing something this evening, but never firmed up any plans and then I left.  I head back to the college.  Maybe I can hear the prize winners read.

I stop to buy a T-shirt.  The woman filling out my receipt asks my name.  They write names on receipts, I don’t know why.  I tell her, and hold out my name badge.  She puts down her pen and looks at me.  “Are you the Marion who cancelled a consult with April?”

“Oh, you have to find Barbara,” she says.  Barbara is another staffer.  “Barbara said to find you.  April wants to meet with you.”

“Yes, and Barbara told her you said she doesn’t represent fantasy.  April said, ‘No, I really want to meet with her!’  Go find Barbara.  You know her, and she’s wearing a red shirt.”

All the staff wear red shirts, which was a great plan until some participants also bought red T-shirts.  I look around about three-quarter-heartedly for Barbara, and end up talking to Jack, who is in the master class and wrote this awesome tour de force of an opening of a detective novel set in post-Communist Hungary, where Jack taught for several years. He is reading from a piece of short fiction, a story inspired by a character who walks through a Chevhov story.

I go to hear Jack read. It turns out he will read second to last.  The room fills up as listeners drift in. 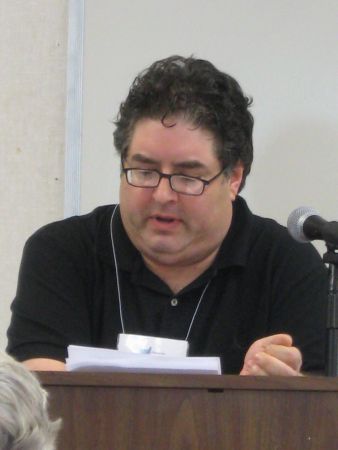 Barbara taps me on the shoulder.  “April can meet with you right now.”

Where?  I run to the room where I thought the consult was—only to discover it’s the wrong room.  April is in the room around the corner from where I had been sitting.  I dash back. There’s April, cheerful and friendly.

April really liked Chapter One.  She didn’t see the big glaring problems.  And, here’s a weirdness, she got most of the magic stuff.  Defresne didn’t.  His excuse was that he doesn’t read urban fantasy.  Neither does April, but she has been educating herself.  She knows two things; she wants to branch out from “women’s  fiction,” and “urban fantasy is hot right now.”

I nod and try to look thoughtful.  “Women’s fiction, with vampires,” I say.

So she wants to see the book when it’s done. 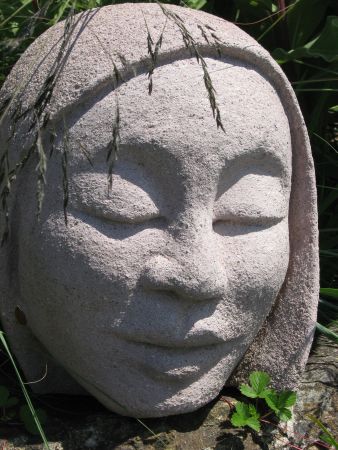