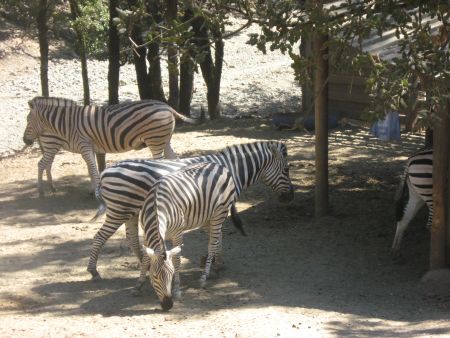 As a guide, Danny had a lot of strengths.  He was smart, educated, interested in the animals of the park; he was funny, he liked to answer questions and debate theories. He had a weakness; he wasn’t good at driving a manual transmission, and he got one of the trucks with a stick shift. Also, there was some glitch with Taylor’s door, that it wouldn’t open while the truck was running, or at least that was her story and she was sticking to it, so Danny frequently had to stop the truck, get out to unlock a gate, and start us up again, only to stall.  He did that twice in a row in the zebra area. It’s nice to know someone’s not completely perfect. 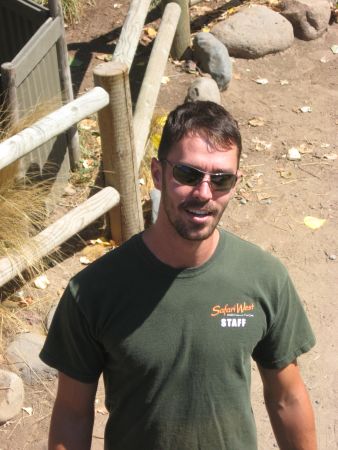 Zebras are equines, most closely related to donkeys. They can breed with donkeys and horses, but the offspring will be sterile. They are not the most docile of creatures, and they have weaker spines than horses or donkeys–hence, not really a good riding or pack animal. The offspring of a zebra and a donkey is a “zonkey,” I guess because “Debra” was already taken. 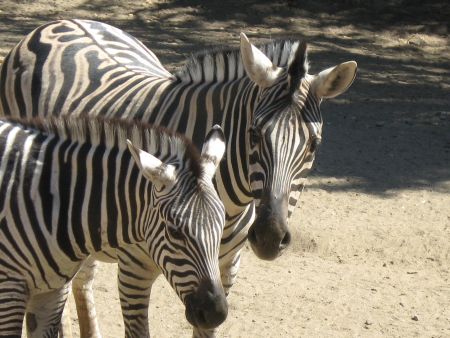 The striped pattern is unique with each animal. I asked if there were familial similarities and he said he thought there were geographic similarities. Why stark black and white, when so many other animals are shades of brown, gray, tan etc? The latest theory, he said, is that with high contrast colors, the eye tries to focus on one or the other, and the rapid switching back and forth messes up your depth perception. Predators count on depth perception. A lion, therefore, going for a zebra’s neck will most likely miss and strike the handquarters, and zebras are good at bucking them off. 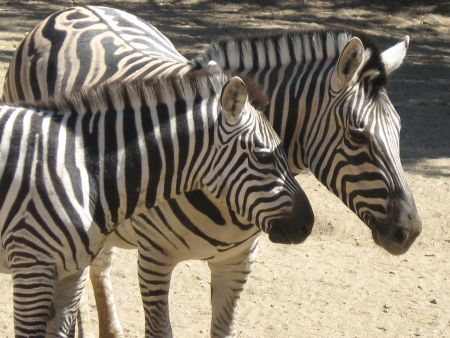 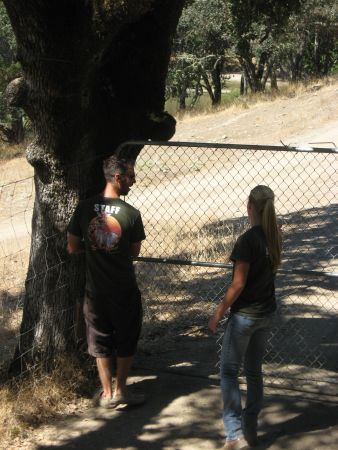