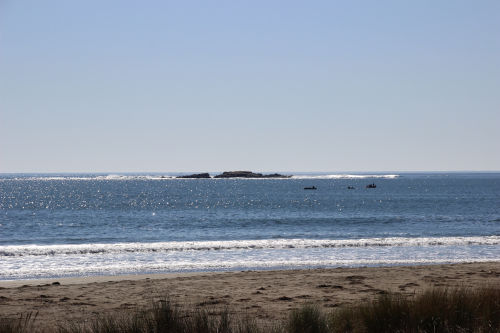 Forty-four weeks out of the year, Doran Beach Regional Park is not a pleasant place to stay. It is either cold and foggy, or cold with a vicious biting wind. Sometimes it’s cold and rainy. The park is on the two-mile spit of land that forms half of the breakwater for Bodega Bay. There is nothing to protect it from the elements. For eight weeks, though, the place is sunny, the sky is clear and the wind drops to a light breeze. Good weather starts in mid-October, and again, usually, in mid-February. I know people who have taken their RVs and had Thanksgiving at the Doran, because it’s been so nice. 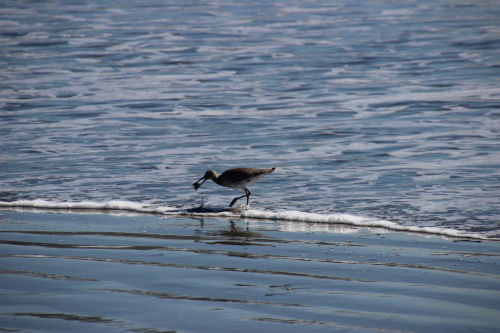 The lead-in to the President’s Day weekend was in the “good-weather zone.” I went there late Friday morning, about 11:30. I had to wait in line a long time, even though I was only the second car. The woman ahead of me had lots of questions, and there was a lot of back and forth with the park staff. I have a Regional Parks membership, she so waved me through. The county is doing some kind of work on the park, and it involved large tractors and back-hoes. Not the most romantic view of a beach I’ve ever seen, but there were plenty of people laying out picnics and sun-bathing. Many more were body-surfing, boating and fishing. If you bring a lunch, be ready to battle the seagulls for your food. These birds are unafraid of people (since they see us as a source of food) and quite aggressive. The ocean was nearly flat, with a few shimmering curls of waves. On the harbor side it was even calmer, and several shore birds were checking out the beach. 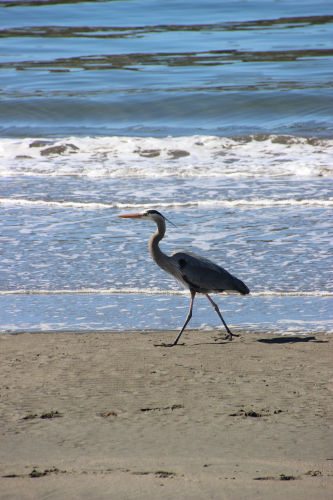 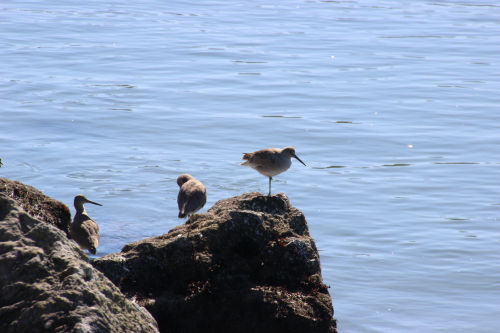 The jetty at the west end of the park is good for fishing and I passed several walkers with poles over their shoulders.  At the Coast Guard Station that occupies some space in the park, the flags were at half-mast, honoring the law enforcement officers killed recently in southern California. 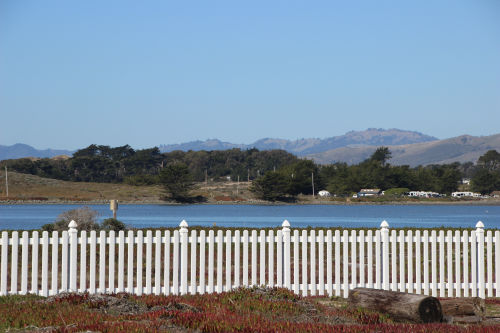 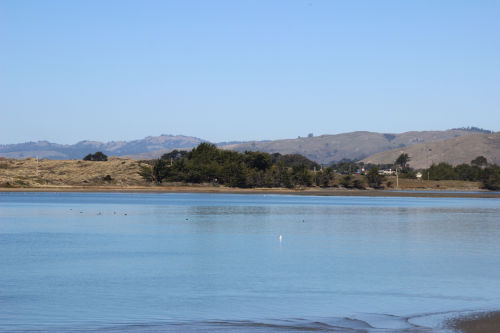 Doran Beach connects to Bird Walk, a short trail about a half a mile north of the spit. The trail edges along the salt flats and is a great place to see heron, egrets, sandpipers, various ducks, starlings, blackbirds and raptors. Parking at Bird Walk and walking down the trail, visiting Doran and heading back would be a brisk walk that could barely be called a hike because you do have to go up a hill at Bird Walk.

This entry was posted in County Parks, View from the Road. Bookmark the permalink.