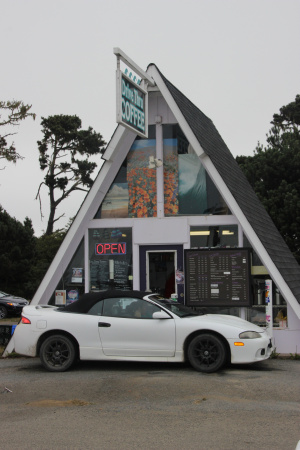 Here’s the place to get a coffee drink before the conference; A-Frame Coffee. Good coffee, good hours, friendly expert baristas.

Maureen Epstein welcomed us all to the conference, at Opening Comments, 8:30 Thursday morning. My morning workshop was in a “hidden room” – okay, that’s an exaggeration. It was held in a room off The Grind, the cafeteria/break room space.  Maureen was a gently witty and welcoming speaker as always, and, as always, staffers in their red shirt stood ready to assist. Each room has a staffer assigned; a “room elf” as they are called. Our room elf was Fran. I think in the course of the three mornings, Fran managed to touch base with every participant and make a comment or ask a little question about our work, just to let us know she was interested. It isn’t necessarily part of her job. I thought it was nice. 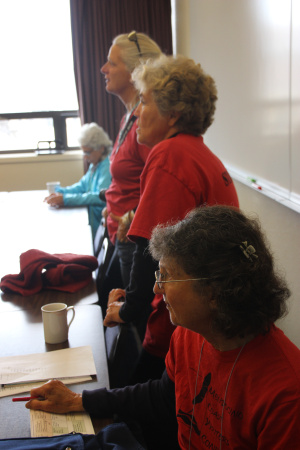 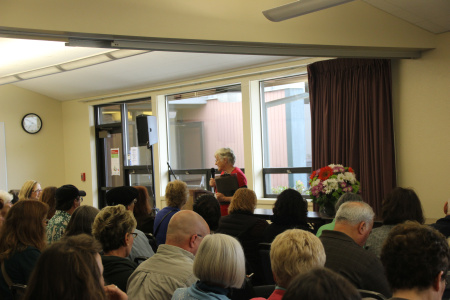 Josh Weil facilitated the novel workshop. Josh has published The New Valley, a set of linked novellas set in Virginia in the 1990s, following three different men coming to grips with tectonic changes in their lives. His second book, The Great Glass Sea, is due out in April, 2014, and it’s something different. More on that later. I will say this, though; I already have it calendared and I will be advance-ordering it.

Josh is a great writer with an ear for dialogue and a love of words. He is also a great teacher. I have now had great novel-workshop teachers two years in a row. (Grateful!) Over breakfast, I had scanned name-tags and scoped out the other participants, and I wondered how Josh was going to deal with a group as diverse as ours, and one with so many people so much older than him, (and one person, a scholarship winner, who was sixteen). He did fine. He is a friendly guy. He was pretty transparent about the ground-rules; we would spend the first few minutes on each piece discussing what we liked. He would move us into “critique” pretty quickly, he said, because we had a limited amount of time for each piece. He would cut people off sometimes, he said, and it wasn’t because what they had to say didn’t matter, it was because of the time. He did not use the phrase “ad hominem critiquing,” but made it clear he did not expect any personal digs from a group of our talent, expertise and professionalism. And if we did indulge in personal digs, he would call us out immediately. Couldn’t have been clearer.

Was he dictatorial? He wasn’t remotely. 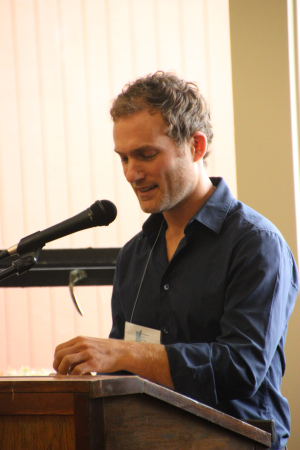 In the afternoon I went to hear him read. Joshua McKinney, the poetry teacher, read first. He had some heart-wringing poems and some hilarious ones. Peter Orner, who taught short fiction, read next. His work is bleakly humorous with deeply touching moments. Josh read a section that is my favorite from The New Valley; a man in his seventies steals a tractor from his former employer. Honestly, it is worth buying the book just to read that passage. It’s funny, it’s action-filled, it’s bitter and you learn a surprising amount about the character while you watch him hook and winch up a tractor that was made the same year he was born. 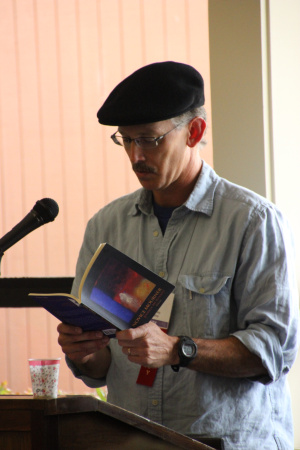 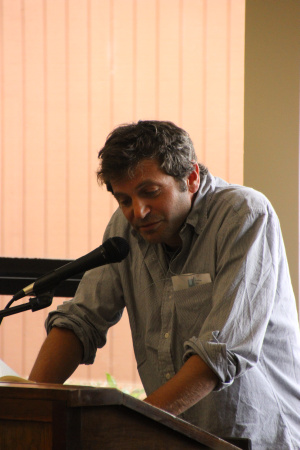 My opening chapter was reviewed the first day and I had my consultation with Josh immediately after. He was helpful and very positive, even though, he said, he didn’t know anything about science fiction. As we were wrapping up (he gave me forty minutes; consultations usually run about twenty minutes) I asked what The Great Glass Sea was about. “It’s about two brothers,” he said. “In Russia.” He paused and got a funny look on his face. “In kind of an alternate Russia.”

“Welcome to science fiction,” I said.