From the Hearst Castle State Park Visitor Center, which can’t be more than 50 feet above sea level, the bus ride to the castle climbs to 1600 feet in four-and-a-half miles. WR Hearst wanted the road to follow the tiny donkey trail he and his family used to follow to the top of the hill to go camping, and Julia Morgan designed it so that, at various points, the castle appears on the hill above you, then vanishes from view as our vehicle makes a turn. Alex Trebeck of Jeopardy fame shares recorded points of interest about the castle on the journey up and back.

One feature that’s discussed but not well-seen from the bus is the mile-long pergola, a row of matched columns with various fruit trees planted in between the columns, the top covered with grapes. WR wanted a place his guests could ride horses or walk. After a few of the sumptuous meals from the Hearst kitchen, a nice two-mile round trip walk sounds like just the thing. Hearst wanted a pergola tall enough for “a tall man on a tall horse with a tall hat” to ride through. 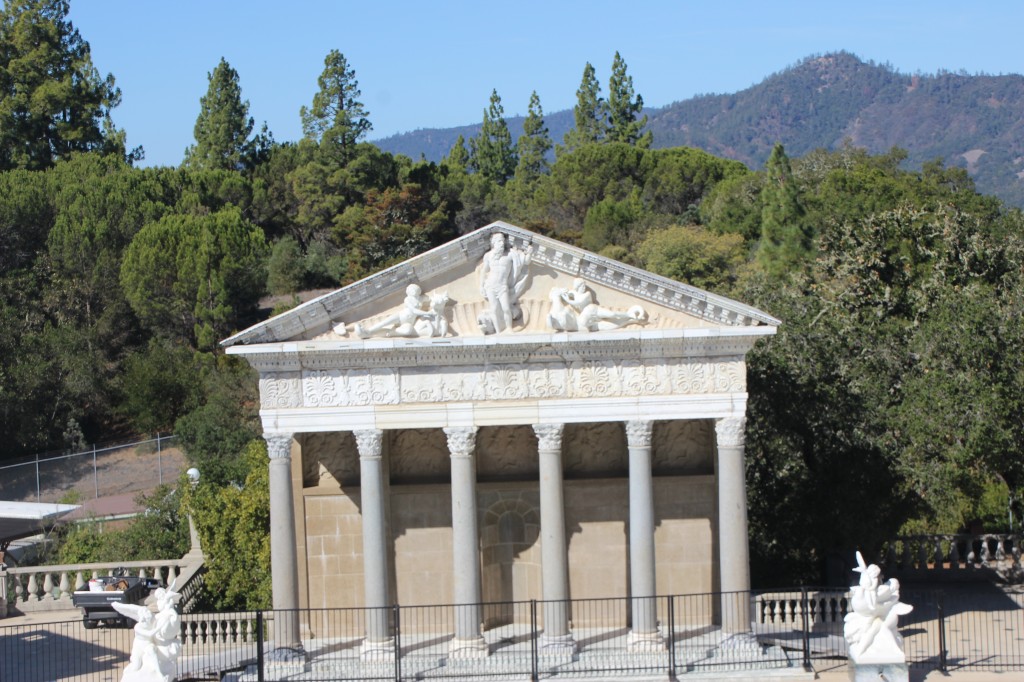 The swimming pools get mentioned early in anyone’s discussion of a visit to the castle. Hearst had two pools; the Neptune pool, an outside pool named for the marble façade of the sea-god Neptune, which came from an actual Roman temple. While I was visiting, the pool was drained and they were working on it. This was a rare enough occurrence that two of the tour guides commented on it. The pool loses lots of water to evaporation; 7,000 gallons a week, one said. Another guide said that the filtration system was being improved. The pool will be refilled, because it will become a back-up water system for the working Hearst Ranch.

Even drained, the outdoor pool is gorgeous and imposing. It’s the indoor pool, though, that most people remember; the one with one million one-inch Murano tiles, blue and gold, with the gold being real gold leaf. The one with the intricately mosaicked diving platform. The one with the “wading pool” or grotto area, where, according to story, Errol Flynn boasted “he made many new friends.” The one with the floor-to-ceiling windows and the statues. That pool. 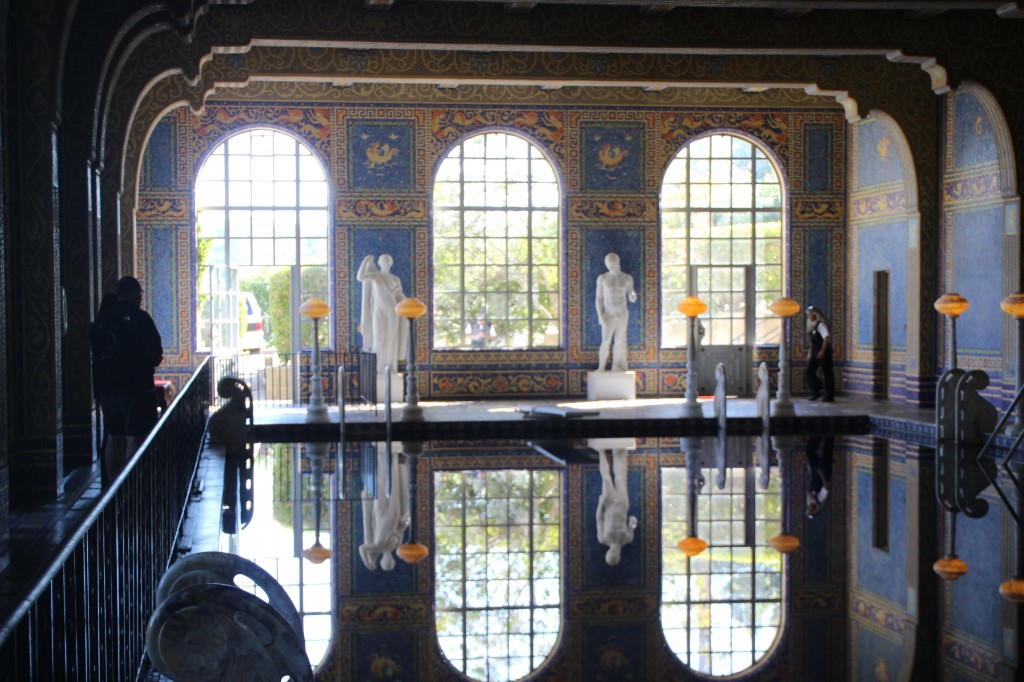 I ran into Bev, our guide for the Grand Rooms tour, the second day I was there, at the pool. She was on a break, and I didn’t want to interrupt her, but I did thank her for her tour. It turned out she was willing to talk. She said that the indoor pool, as gorgeous as it was, was something of a failure at first for the castle, because many of Hearst’s friends didn’t like to swim. Errol Flynn and others did use the pool for their clandestine liaisons, but the place didn’t catch on until Johnny Weismuller came and stayed a few times. The tennis courts above it were more popular at first. 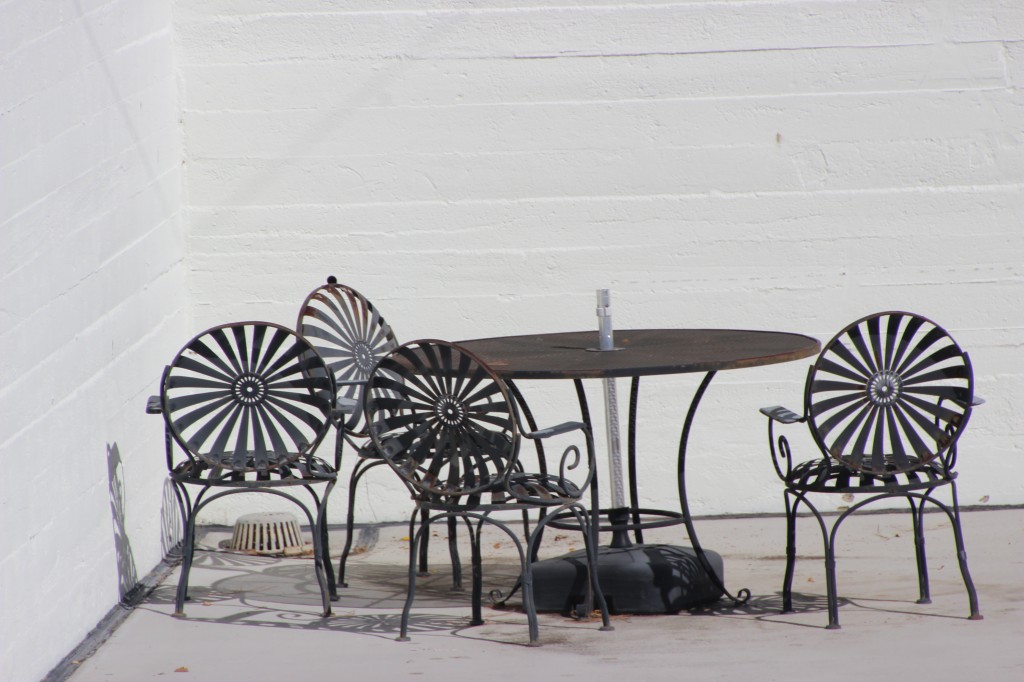 A court-side table at the tennis courts. 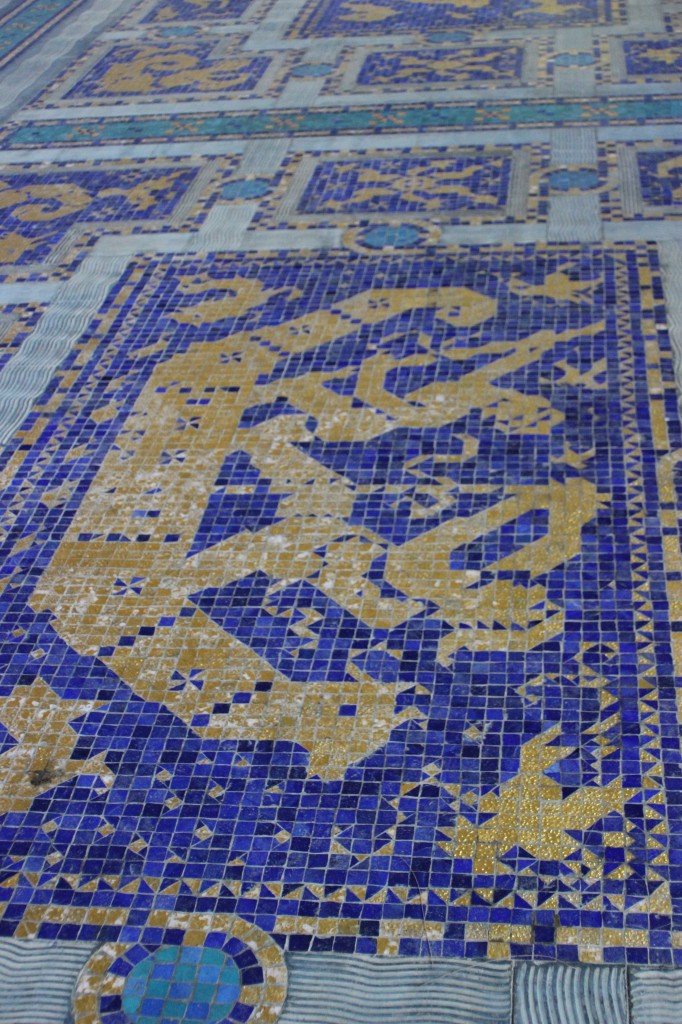 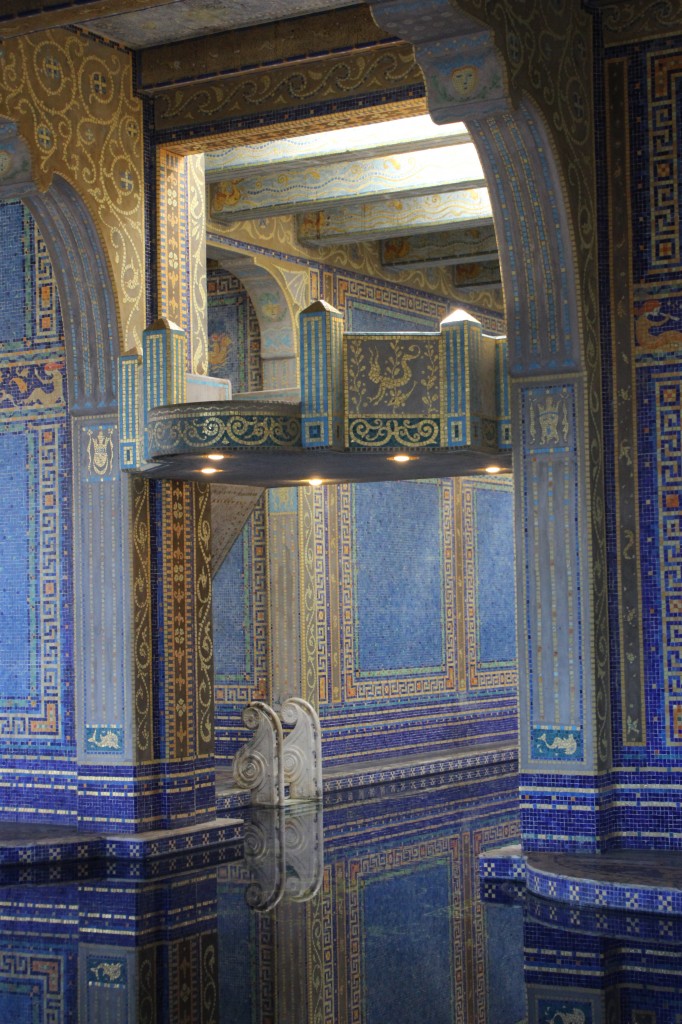 In their contract with the State of California over the castle, the current Hearst family has retained the right to use either pool whenever they want. The second day I was there, a diving board was in place (it hadn’t been there previously) and Bev said someone from the family had probably been in. I’m not a strong swimmer and it isn’t my favorite thing to do, but I’d force myself if I had an opportunity to float in the cobalt blue water, watching the reflections from the alabaster lamps. 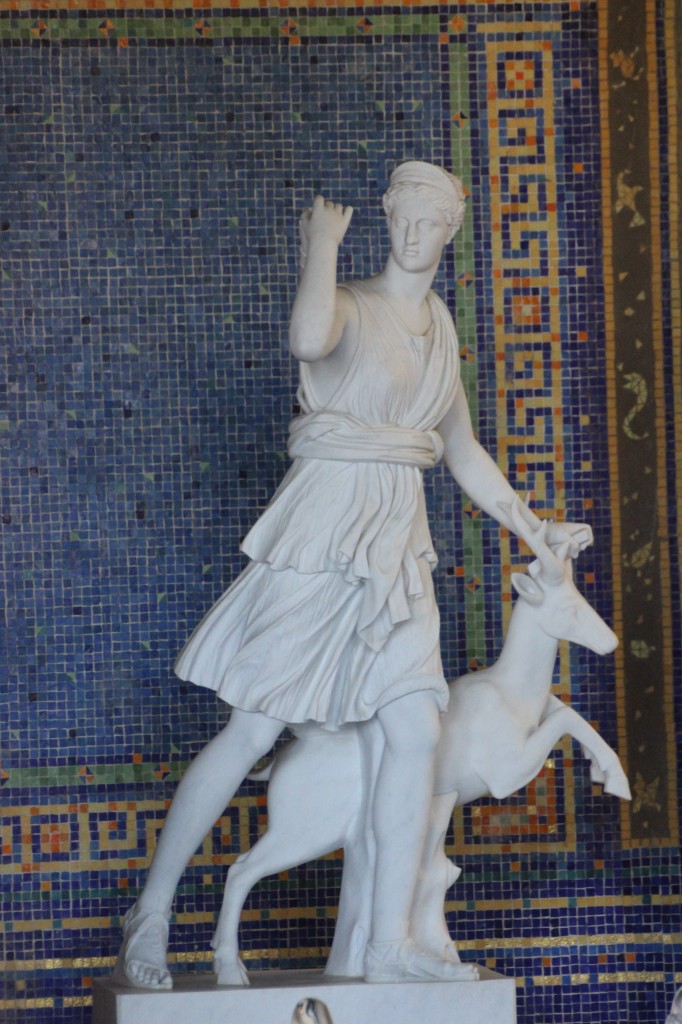 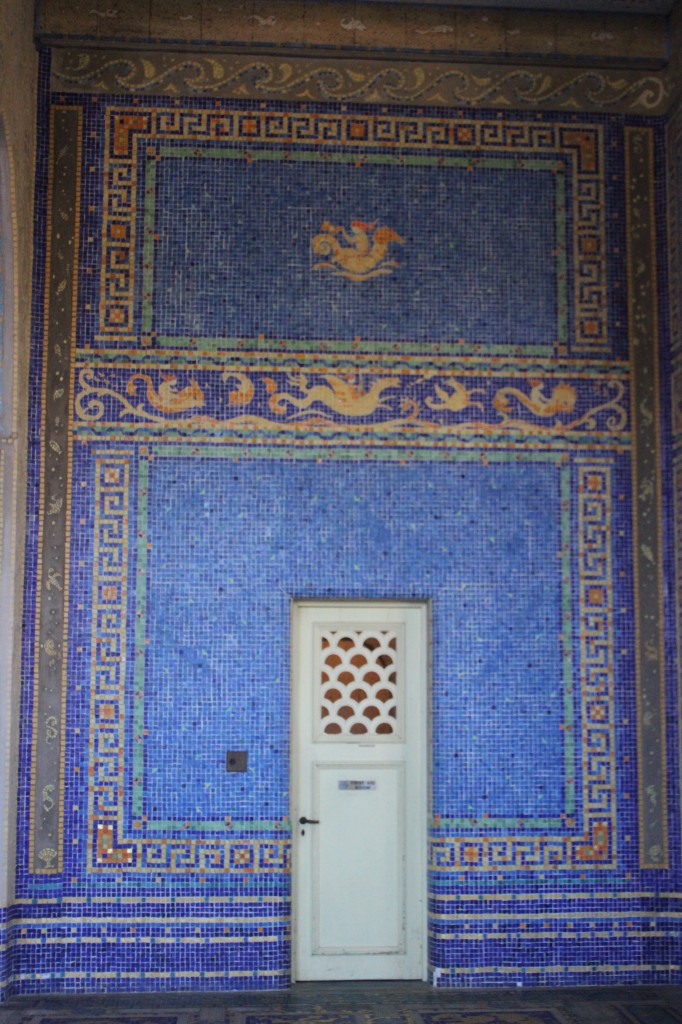 This entry was posted in View from the Road and tagged alabaster, Hearst Castle, Murano tiles, Neptune pool, pergola. Bookmark the permalink.