As I dragged my flabby carcass up the 219 steps of the St Augustine lighthouse the metal stairs began to hum. Sound filled the spiral stairwell, voices. I could make out tones, intonations, rhythms but not the words. Louder, more chaotic they grew and I squished myself against the wall as four women appeared from above, loping past me like a quartet of gazelles in spandex shorts and tank tops. They rounded the curve below me and vanished, their voices swindling. 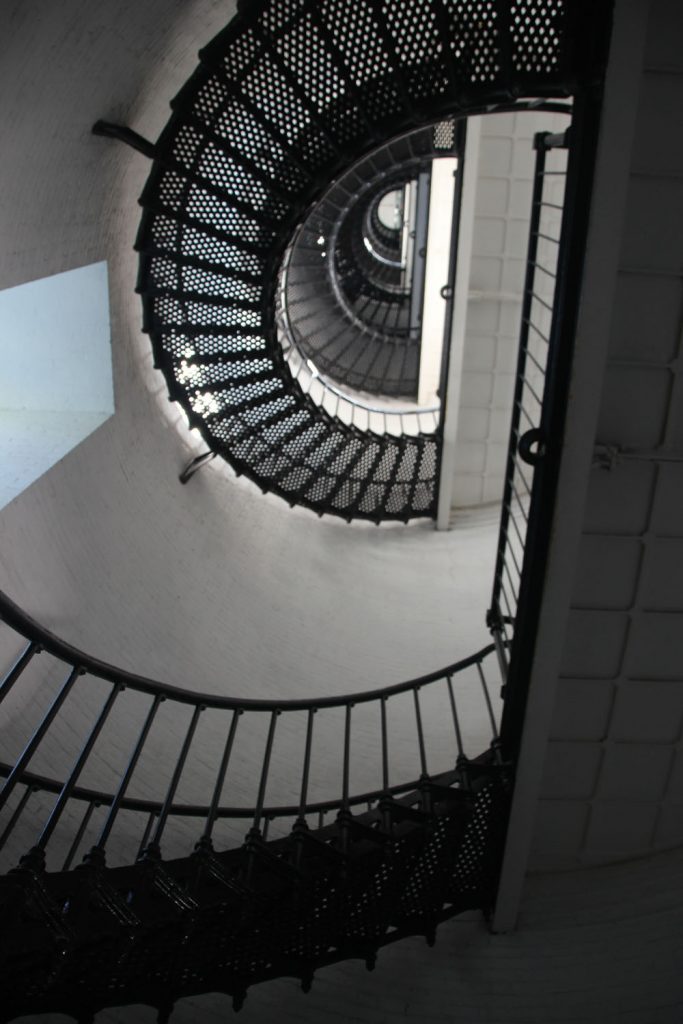 Spiral staircase — only the first of 219 steps.

My first, uncharitable thought: “At least it’s quiet now.” Alas, that was not to be.

I stopped for breath at the next landing and then trudged on, and at the landing after that, here they came, up from below, three of them at least, chins up, arms pumping. They had vanished up the curve when the fourth woman appeared,panting. She stopped for a hamstring stretch, then off she went.

I decided I hated these women. 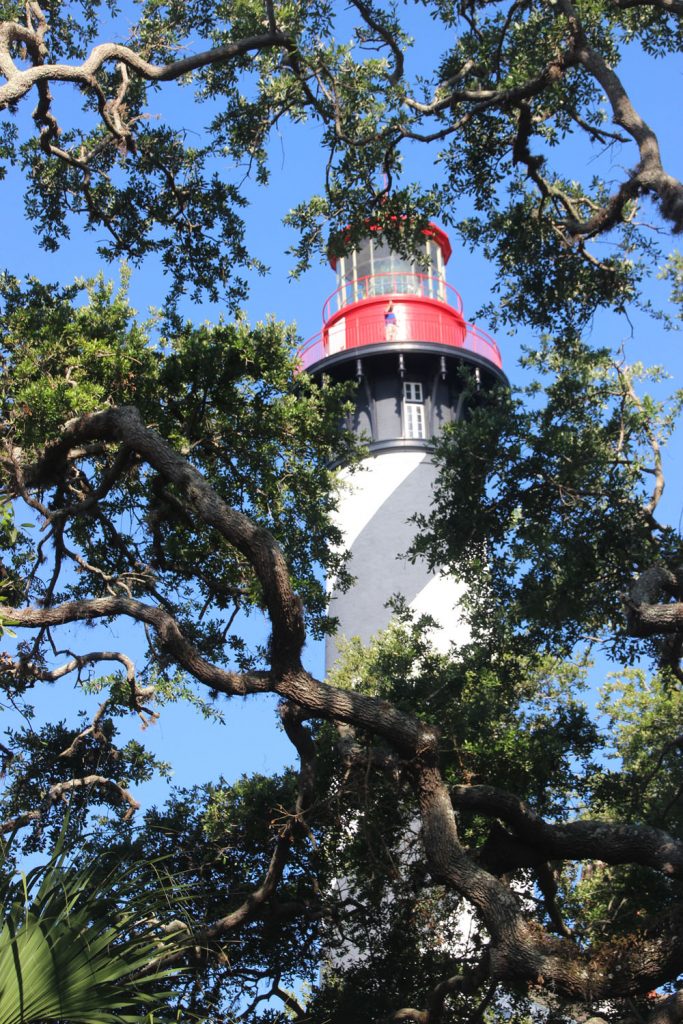 Lighthouse. Through the live oaks it doesn’t seem so high.

(“It’s fourteen stories to the top,” one of the docents said to a man and woman, both gray haired and slender, as I headed for the doorway. “You know that, right? Fourteen stories.”) 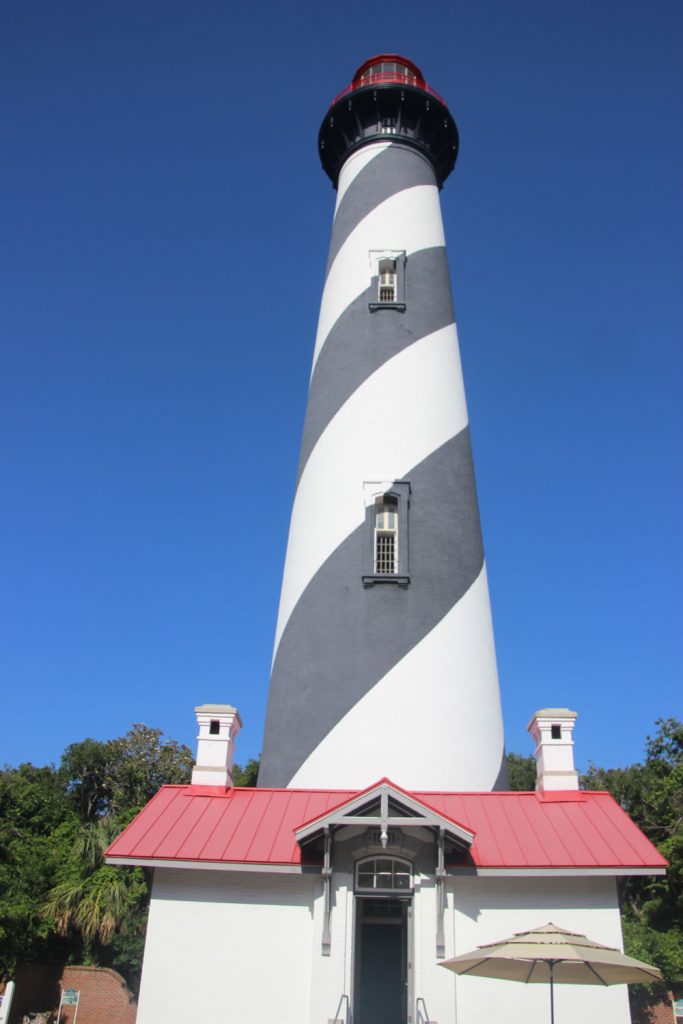 It doesn’t look so tall here either, but that’s because of forced perspective.

Of course I met the women again, coming down. I said to the fourth woman, gasping as she brought up the rear, “How many laps?” and she held up four fingers as I went by.

There is also a docent at the top of the lighthouse to share the structure’s history and answer any questions, even those about annoyingly fit women racing up and down. “They come every week,” he said. “It’s their Monday workout.” 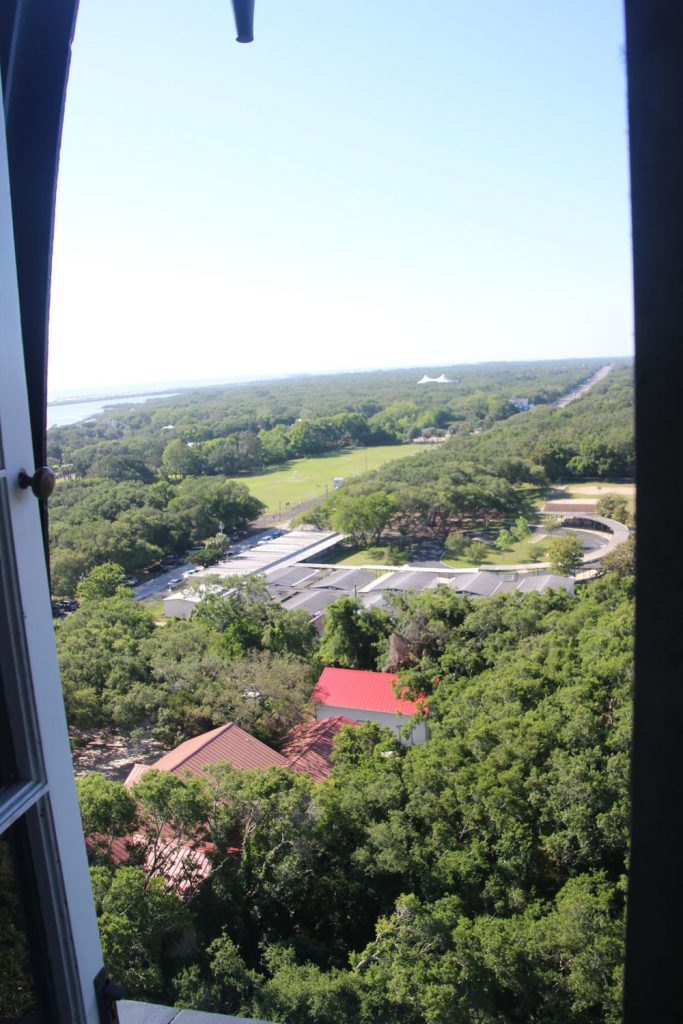 Okay! Now it’s looking tall. (View from near the top.)

He also pointed out the stunning views in all directions from the top. He suggested I remove my hat, because it was windy up there.

The Pacific coast has a chain of beautiful lighthouses, and I don’t remember any of them being quite so tall. Of course, not to harp on it, the Pacific coast has hills. The Trinidad lighthouse, for instance, may be only one story high, but it sits on the point of a headlands. You just have to build higher when you’re starting at maybe four feet above sea level. 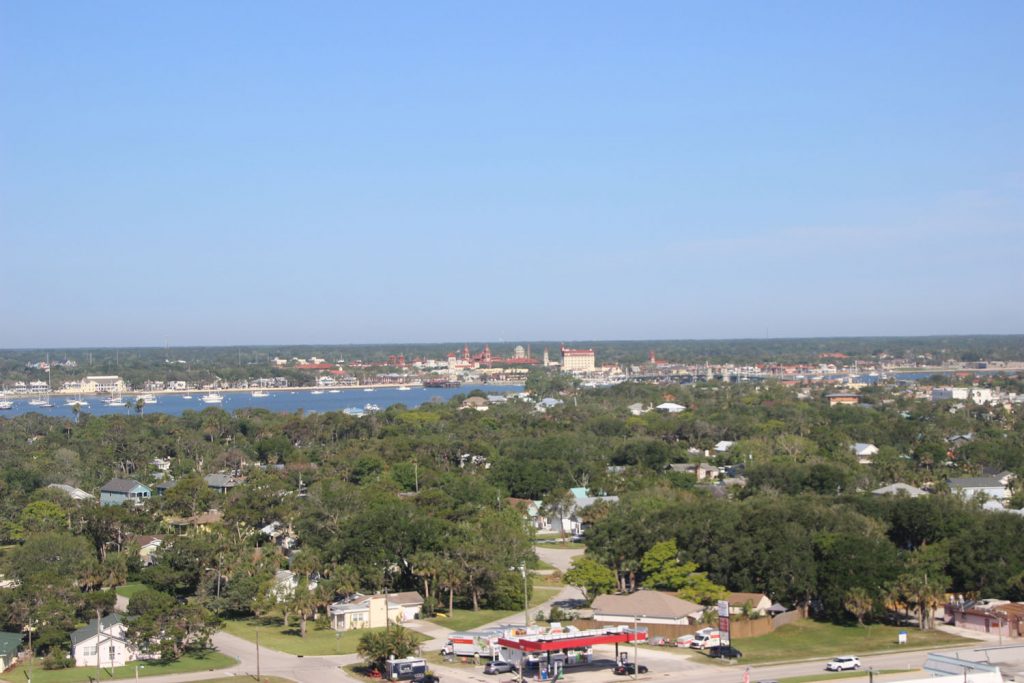 I saw an apparatus sitting out beyond the outer island and pointed to it. “Is that an oil rig?”

“Nope. That’s a sand dredge. It scoops up sand and we send it down a pipeline to south Florida for the beaches,” he said. Who knew? Not me. 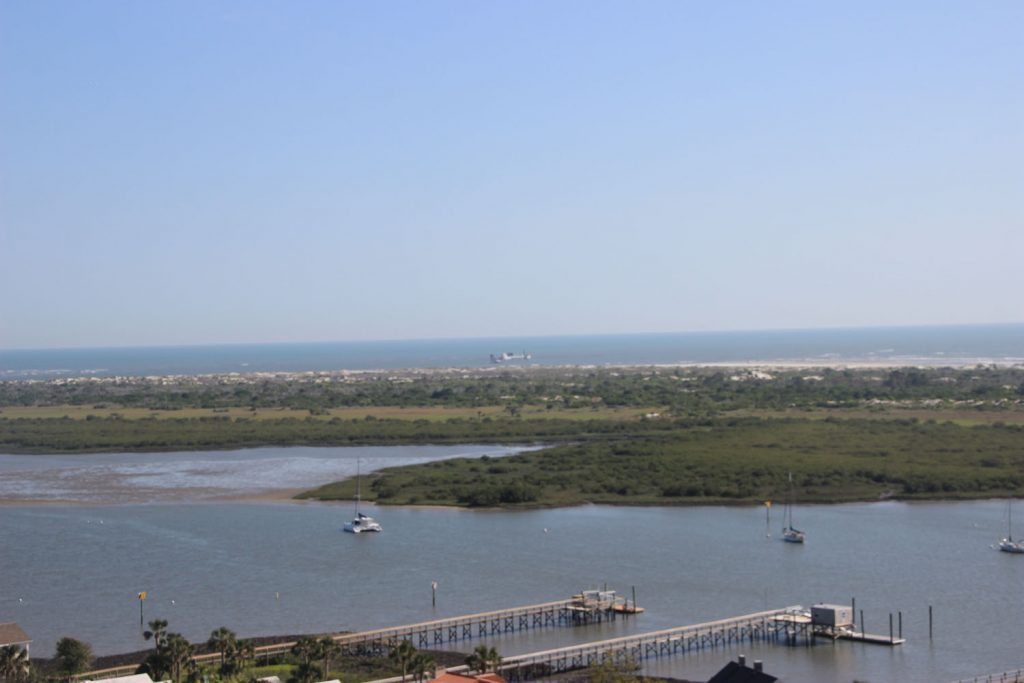 In about the middle background of the photo is the sand dredge.

Lighthouse Park is more than the light station; there have been military installations here, and plenty of archaeological work going on. The park includes a play area for young children, a nature trail, and some nice exhibits about shipbuilding. The lightkeeper’s house hosts a self-guided tour and has lots of historical tidbits. 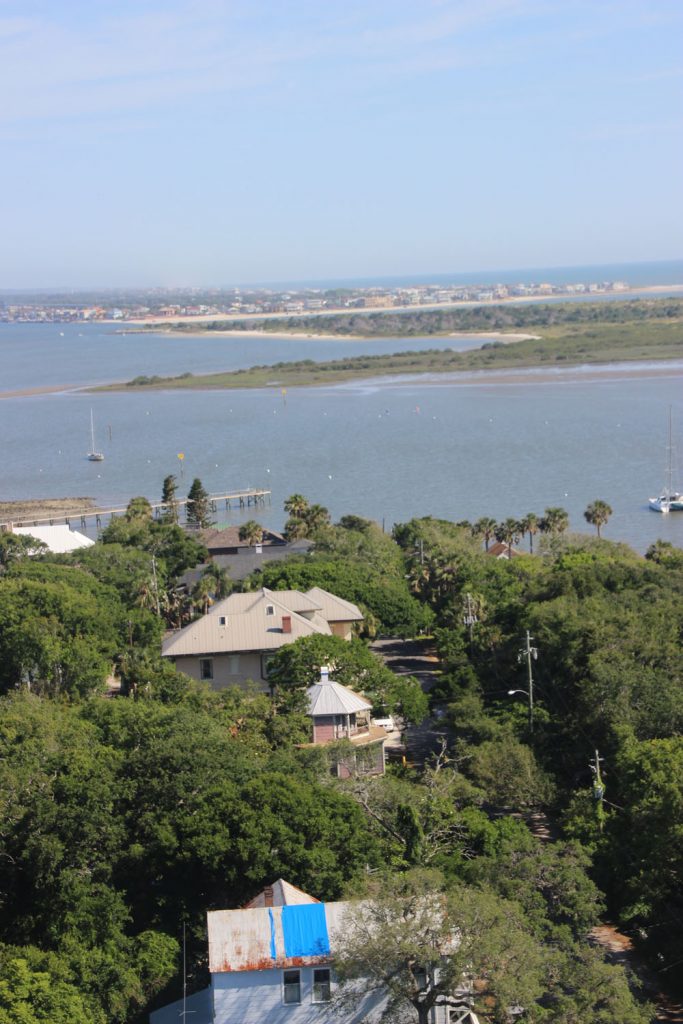 The view to the north.

Going back down was a little easier. Then, due west across the A1A was the Gator Farm, which was impossible to resist.

This entry was posted in View from the Road and tagged Florida, Florida Trip, Lighthouse, St Augustine. Bookmark the permalink.