When I think of Florida, I generally think of three things: Disney/Harry Potter World, Cape Canaveral and alligators. My two recurring fears as I planned the trip were that the airline would lose my luggage, and/or that I would lose an appendage to a ruthless reptilian killer. (Spoiler alert: neither incident happened.) 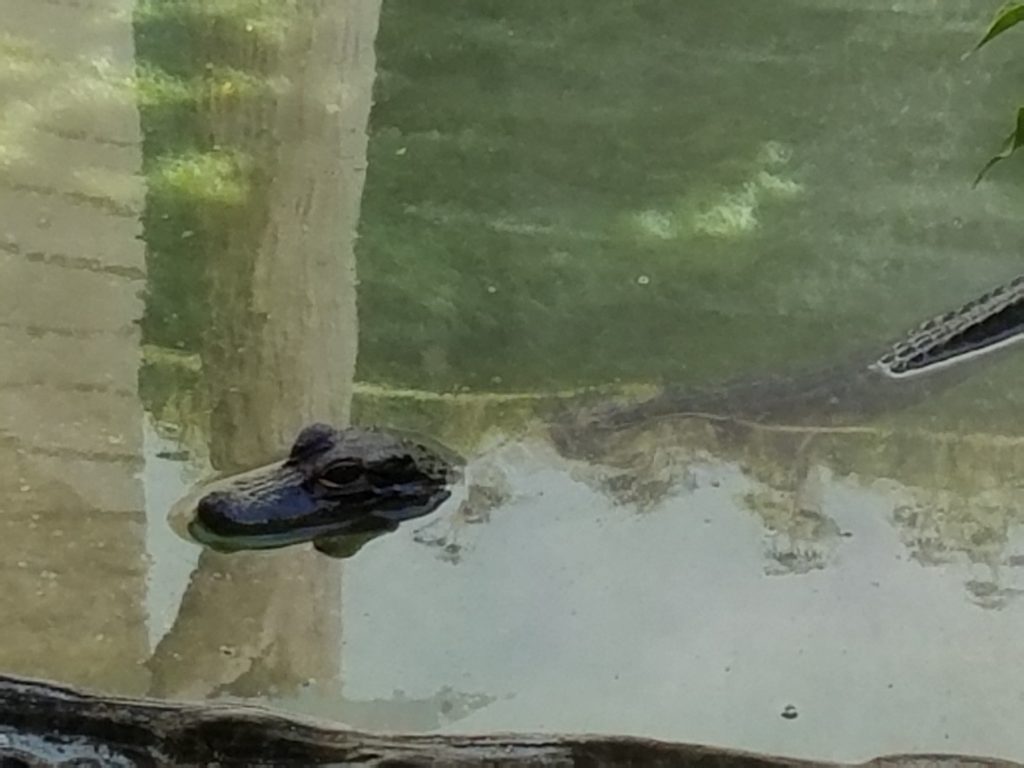 Icon of Florida, at least in my imagination

I had browsed the St Augustine Alligator Farm in the guidebooks and online and was undecided. First of all, my sense of alligator farms was formed mostly by books and movies depicting a sordid roadside attraction featuring a pond with one gator and an overall-wearing guy who wrestled it… and Karen Russell’s brilliant book Swamplandia. Honestly, neither image attracted. On the other hand, I was in Florida. It seemed clear that the Gator Farm was touristy, but I was a tourist. 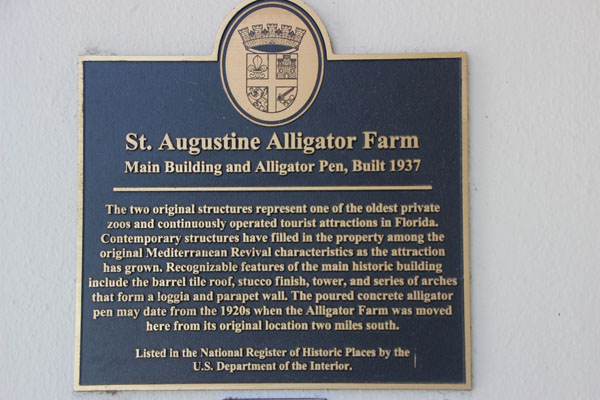 There were two deciding factors. The first was simply the proximity to the lighthouse. The second was the offhanded comment the docent made when I pointed out, with great excitement, the roseate spoonbill flying over the treetops below us. “Oh, yeah,” he said. “They nest at the Gator Farm. Egrets, spoonbills, hundreds of em.” 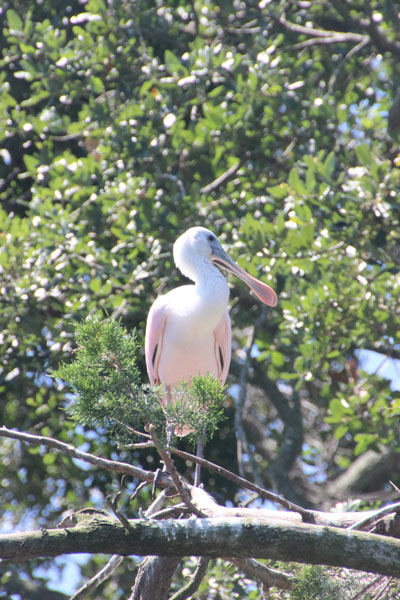 “Oh, yeah, a bunch of storks, other birds. People buy special passes and come early in the morning and after closing to take pictures.”

It was obvious that I needed to go to the Gator Farm. 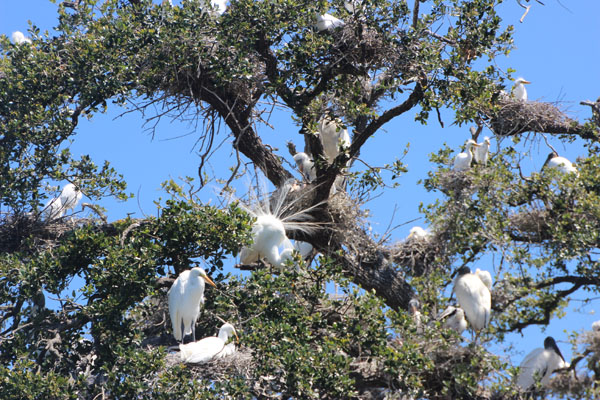 The Alligator Farm is touristy, with a dino-primitive theme, and the employees are playing the theme from Jurassic Park with the gift shop with more than a touch of irony. The Farm calls itself the Zoo For You. It is a zoo, and if you are philosophically opposed to them, you shouldn’t go. They are accredited with the Association of Zoos and Aquariums. 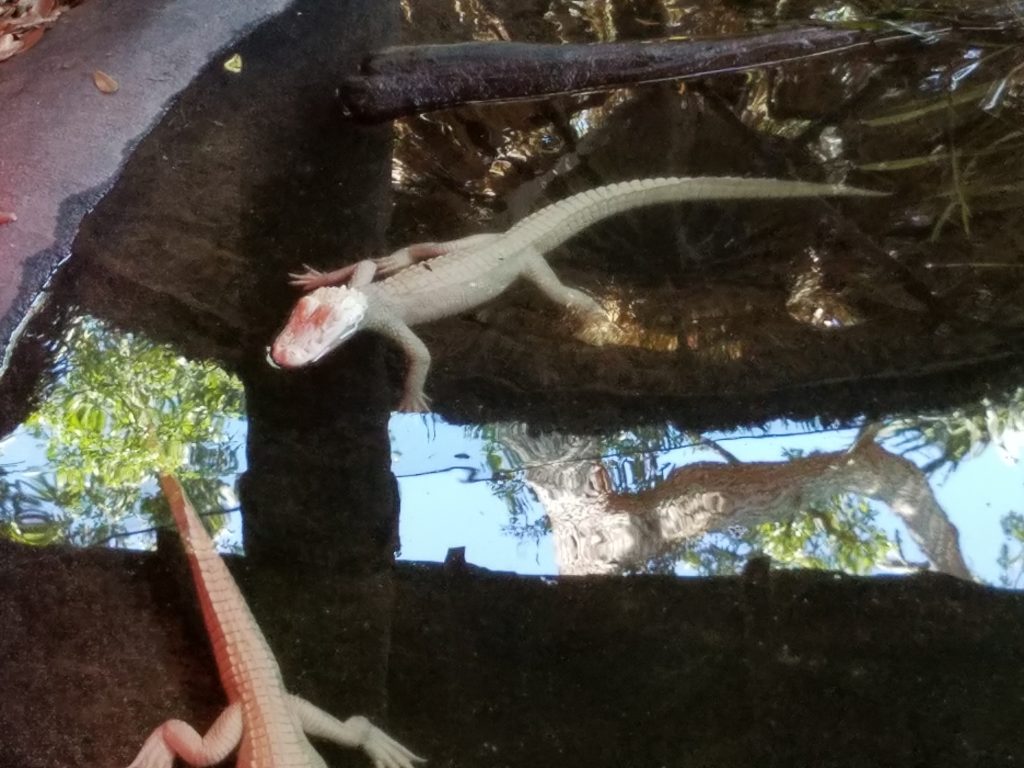 Albino gators aren’t eldritch and otherworldly at all. Nope, not at all

The educational piece is good, with lots of information about reptiles, specifically crocodilians (as you’d expect). There are, one of the tour guides said, 21 species of crocodilian in the world and they have at least one of each. I don’t think I saw all of them. They have tortoises, turtles, and snakes; Nile Crocodiles (their latest exhibit) and gators or crocs from all over the globe. They have an enclosure housing one of the world’s creepiest predators, a Komodo dragon. 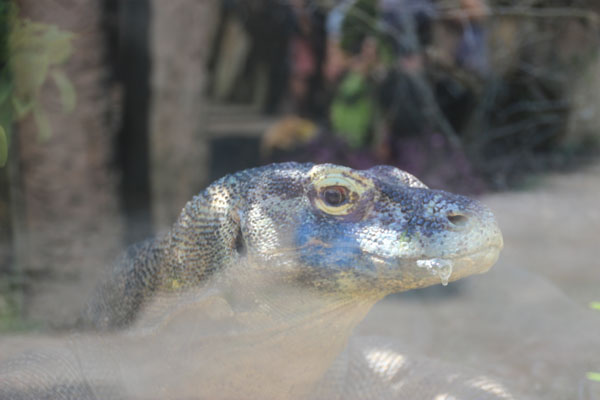 Anyone remember that Matthew Broderick/Marlon Brando movie, The Freshman?

The Farm has a small aviary with hornbills, parrots, macaws and toucans. 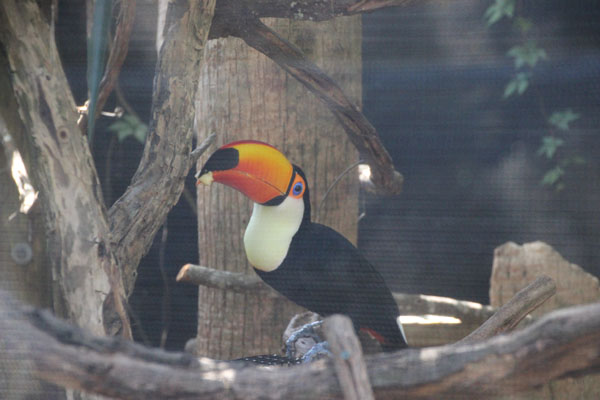 Who knew what a toucan do?

But the jewel in the crown is something they didn’t even plan – a natural rookery. 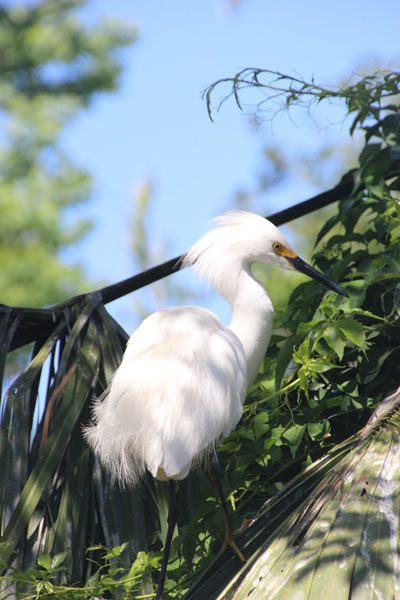 Either the rookery was there already and they worked around it, or the local waterfowl figured out pretty quickly that a set of palm trees over a lagoon with a ton of alligators in it, where food appeared regularly, was a pretty good community in which to settle down and raise a family. The rookery, located over the main gator lagoon, provides for wood storks, ibises, three varieties of egret, three varieties of heron and spoonbills. 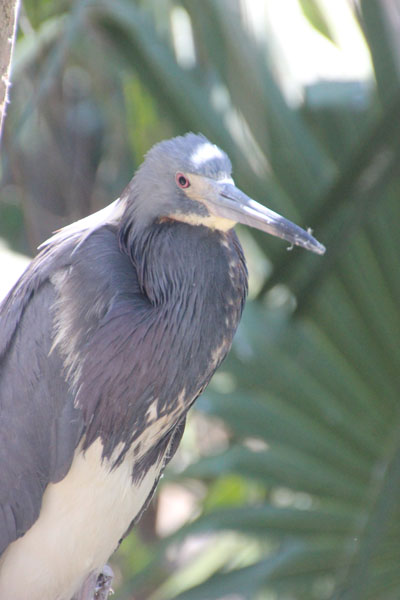 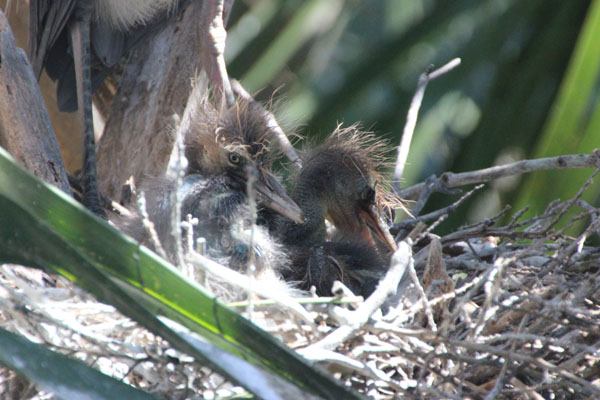 I took a few dozen pictures of reptiles. 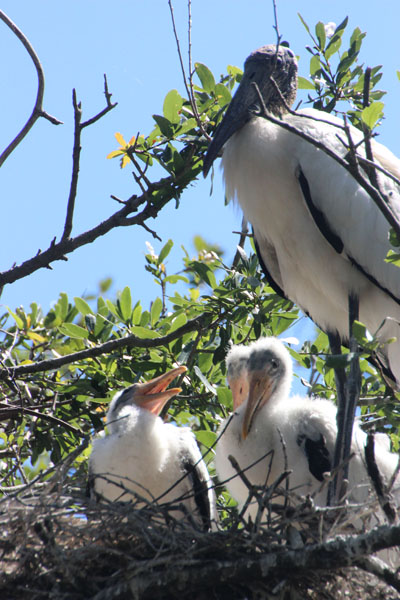 I took over one hundred photos of birds.

It was a good day!

This entry was posted in View from the Road and tagged birds, Florida Trip, St Augustine Alligator Farm, waterfowl. Bookmark the permalink.